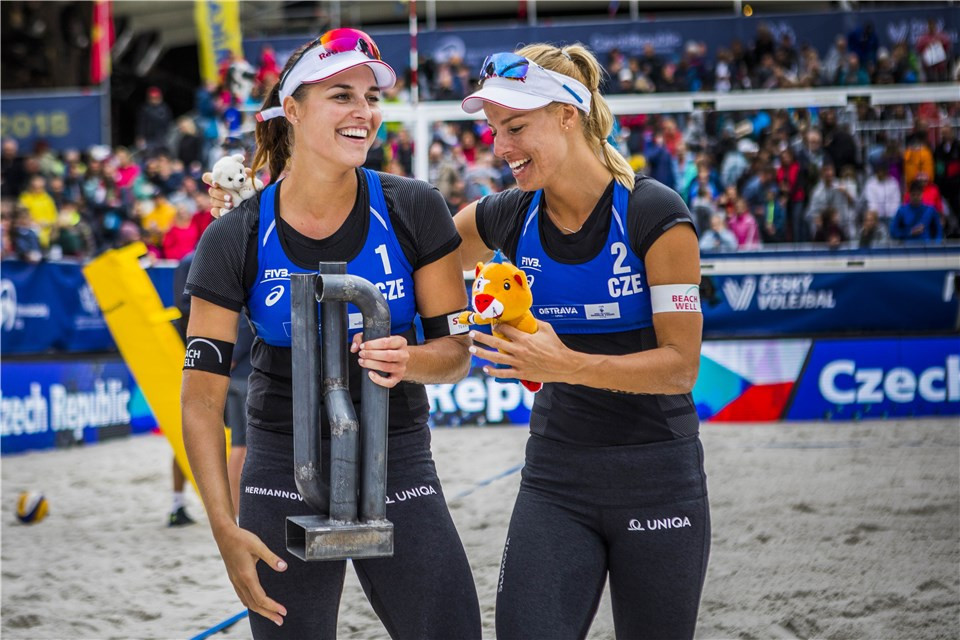 The Czech duo advanced to the women’s final by beating Victoria Bieneck and Isabel Schneider of Germany 21-19, 21-17 in their last four match.

It set up a clash with Heather Bansley and Brandie Wilkerson, following the Canadian paring’s 18-21, 22-20, 15-12 win over Karla Borger and Margareta Kozuch of Germany.

The hosts appeared set for disappointment after Bansley and Wilkerson won the opening set 21-17.

Hermannova and Slukova hit back by winning the second 21-15, setting up a deciding set.

A tense finale followed, but the Czech paring eventually emerged as 15-13 winners to top the podium.

Borger and Kozuch came out on top in the all-German bronze medal match, with the duo winning 21-19, 21-18 against Bineck and Schneider.

Czech hopes of double success were ended in the men’s semi-finals, with Ondrej Perusic and David Schweiner losing to Piotr Kantor and Bartosz Losiak of Poland.

They would meet Pablo Herrera and Adrian Gavira in the final, with the Spanish pairing overcoming Konstantin Semenov and Ilya Leshukov of Russia 21-19, 28-26.

Bronze was claimed by Semenov and Leshukov, with the Russians having come from behind to overcome Perusic and Schweiner 14-21, 21-18, 26-24.