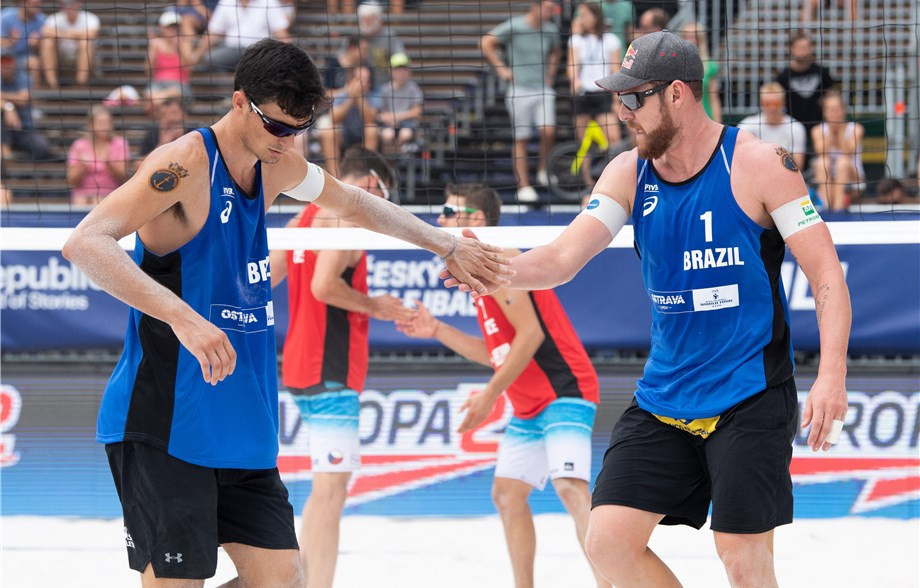 A major reshuffle of Brazil's men's pairs was recently announced, with the Ostrava Open the first tournament since.

Top-seeded Loyola and Cerutti dominated their match at Dolní Vítkovice, a former coal mine which is now Bratislava's cultural hub, against Czech wild cards David Lenc and Filip Habr and, despite a valiant performance from the home team, they emerged with a 21-12, 21-18 victory.

Loyola said afterwards that he was "very happy" to play with Cerutti in this this FIVB World Tour 4 event.

"He is the best blocker in the world and I am a defender," Loyola said.

"It is easy to play with him."

Cerutti had been partnered with Bruno Oscar Schmidt since 2014 and, when asked what the reason was for the change after they won the Olympic gold medal at Rio 2016, he said Stein has "a better future".

Elsewhere in the competition, the Cuban pair of Diaz Gomez Nivaldo Nadir and Sergio Reynaldo Gonzalez Bayard won the game of the day in the men's event.

They triumphed over the Norwegian pair of Anders Berntsen Mol and Christian Sandlie Sorum in three sets.

Realising the situation they then found themselves in they upped their game but only just edged through in the third by 16-14.

On the women's side the best match of the day came when the American pair of Summer Ross and Sara Hughes faced Austrians Tina Graudina and Anastasia Kravcenoka.

As in the men's game the first set ended 24-22 in the Austrians favour, before an even tighter second set eventually went to the Americans 25-27.

Even the third set was fought right to the end with both sides unwilling to give in, though it was Ross and Hughes who eventually gained the upper hand, winning the third set 17-15.

Both the women's and men's pool matches are due continue tomorrow morning with a match up between the Brazilian pair of Taina Silva Bigi and Victoria Lopes Pereira Tosta and the Chinese team of Fan Wang and Xinyi Xia.