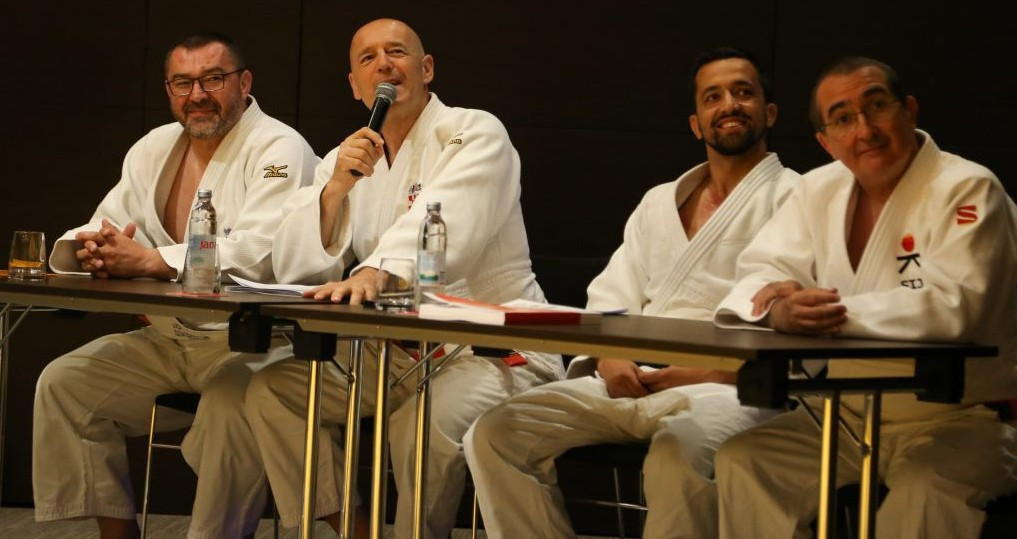 A seminar was held to discuss the latest scientific research in judo at the 2018 Judo Festival in Croatia.

The fifth European Judo Research and Science Symposium and the fourth Scientific Professional Conference brought together academics from across the world to discuss the latest in martial arts research.

Several presentations took place on topics including sports psychology in judo, the history of research in the sport and emotional control.

The President of the International Association of Judo researchers Dr Mike Callan said: "I thought last year was amazing but actually this year laid another layer on top.

"There is certainly a vast benchmark been set now."

He gave special congratulations to the Faculty of Kinesiology in Zagreb for their effort to develop judo research.

"This conference is probably one of the best judo events in the world, so huge congratulations to everybody," he added.

Professor Emerson Franchini is considered one of the best sports researchers in the world.

He gave a talk on pacing in Judo, discussing how athletes behave during contests and the rhythm of their attacks.

"I have always been interested to know more about how elite athletes win at high level and I began to do several researches," he said.

"I first researched into other sports, I then adapted that into judo where I created three topics to focus on - training and theory, techniques and tactics and how to manage judo.

"I believe that these researches can support the quality of the coaches and give more knowledge to the judo population."

Chairman of the Organising Committee, Professor Hrvoje Sertic, said he was "very satisfied" with the number of ideas discussed.

"It was a very successful past few days," he said.

"Having Emerson Franchini here was also a fantastic achievement.

"Overall, I am extremely satisfied with our progression and looking forward to seeing the improvement we can make in judo in the future."

The 2018 Judo Festival is run by the European Judo Union (EJU) and brings together people from across the sport for a variety of different events.