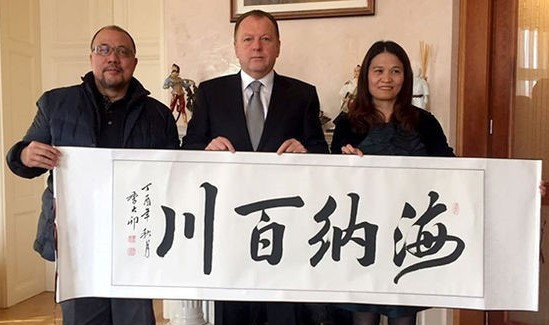 Guangzhou will host the next four editions of the World Judo Masters, it has been announced.

The International Judo Federation confirmed the prestigious event will be staged in the Chinese city this year and in 2019, 2021 and 2022.

Only the top-16 ranked judoka in each weight category earn an invitation to the Masters, which guarantees a top-class field.

The event finishes the season and offers the most ranking points outside of the World Championships.

"We will stage this special event in Guangzhou because we have a vast country and our Grand Prix in Hohhot is in the north so we needed an event in the south.

"Guangzhou is a highly-developed city with a good structure and transport links and we hope to host a very successful series of Masters events that can help us to learn and develop as an Association."

The competition will not be staged in 2020 as this is an Olympic year.