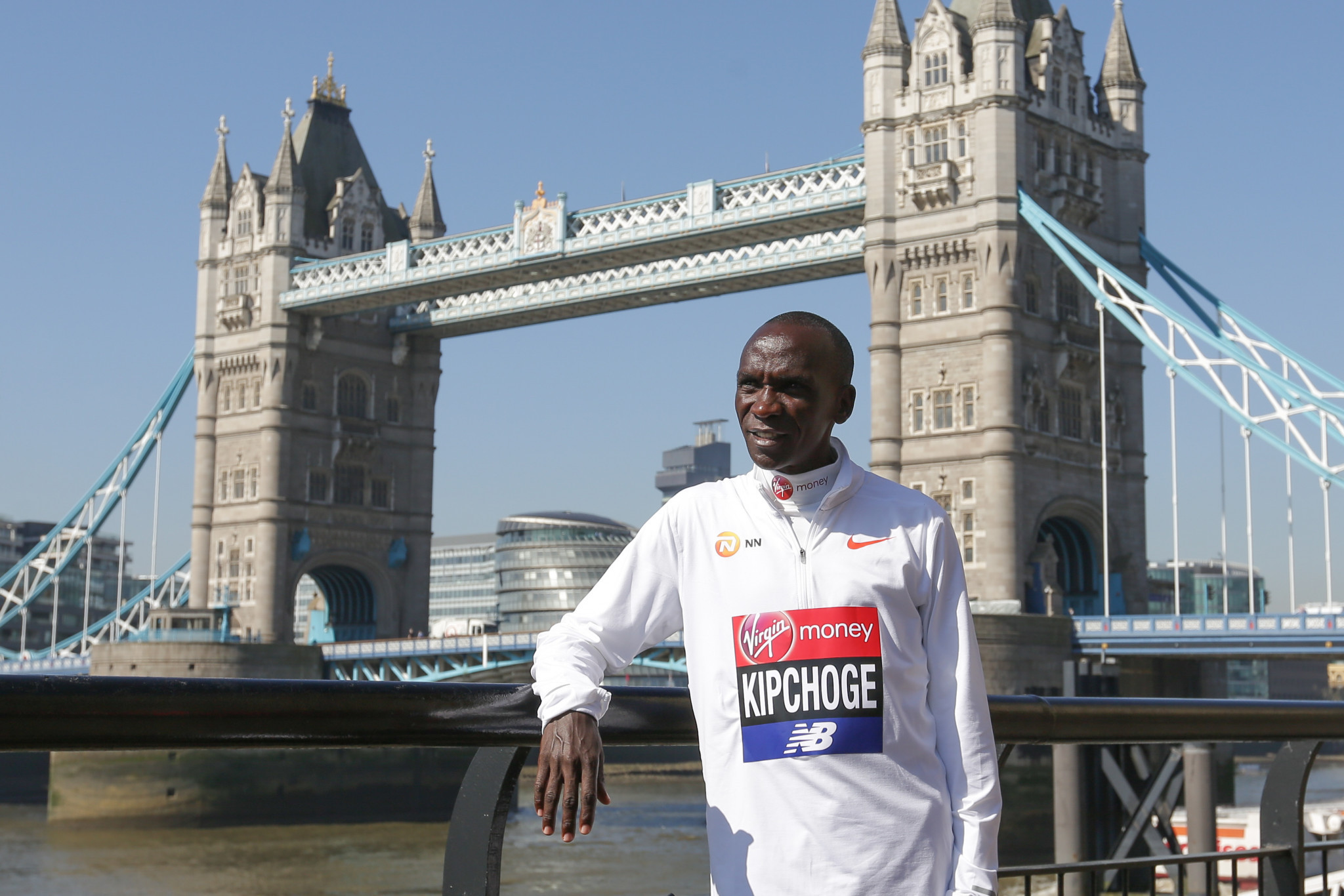 Kenyan veteran Eliud Kipchoge has promised a "beautiful" race during Sunday's (April 22) Virgin Money London Marathon, despite a warning from organisers that the event is likely to be the hottest on record.

Race director Hugh Brasher revealed temperatures are expected to peak at 23 degrees celsius, beating the previous high of 22.2C in 2007.

Brasher revealed they had put a number of contingencies in place to combat the expected warm weather, such as additional showers and water out on the course.

Detailed information has also been sent out to all those who are expected to line-up for Sunday's race.

Organisers have also urged those planning to run in fancy dress, a staple of the London Marathon, to reconsider their decision owing to the forecast.

"We have numerous contingencies and we continue to monitor the weather," Brasher said here.

"We are sending detailed information to all runners on how to prepare accordingly.

"We are asking everyone to run according to the conditions and to plan their races accordingly.

"Anyone wearing fancy dress, look at whether it’s appropriate in the conditions.

"London loves the fancy dress element but people need to look after their health."

The anticipated warm conditions have cast further doubt on whether the world record will be broken in either the men's or women's races.

Dennis Kimetto of Kenya currently holds the men's world record of 2:02:57, clocked at the 2014 Berlin Marathon.

Kipchoge, the reigning Olympic marathon champion who won here in 2015 and 2016, also claimed the conditions would not be an issue.

"Everyone is talking about the weather, but we all have to run in the same conditions," the 33-year-old said.

The Kenyan is among a stacked field for the men's race, which includes his compatriot and defending champion Daniel Wanjiru and three-time Olympic gold medallist Keninisa Bekele of Ethiopia, who will aim to improve on his runners-up result in 2017.