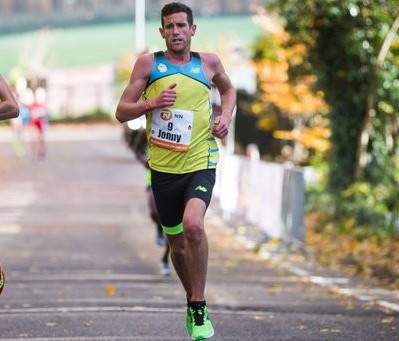 Marathon runner Jonny Mellor has turned down an opportunity to represent England at the Gold Coast 2018 Commonwealth Games despite receiving a late invite to join the squad.

Mellor, who ran a breakthrough personal best of 2 hours 12min 57sec in Berlin last year, had complained after initially being overlooked for the squad announced in October.

England Athletics were limited to choosing a maximum squad of 75 for the event in April, so picked those they considered most likely to win medals.

However, places subsequently became available after sprinters James Dasaolu and Ashleigh Nelson each withdrew from the squad.

Mellor, who was ranked second in Britain over 26.2 miles last year in between Scotland's Callum Hawkins and Wales' Joshua Griffiths, turned down the invite because he had already committed to participating at the London Marathon instead.

Very disappointed not to be selected for the Commonwealth Games despite working so hard to run 63-secs inside the qualifying standard... pic.twitter.com/JqZIzVbsaB

Sprint hurdler Alicia Barrett and 400m hurdler Jessica Turner have been selected instead.

Both competed in the heats at last year's World Championships in London.

"Following my initial non-selection I went away and sat down with my coach Steve Vernon and after careful consideration, we both decided that we couldn't wait around for possible selection for the Commonwealth Games, which might never come and made the decision to commit to the Virgin London Marathon instead," Mellor told Fast Running.

"Training for a Championship marathon and the London Marathon are both very different and taking into account other factors such as travel, heat training and the date of the race we felt that running the London Marathon gives me a much better shot at running a fast time at this stage in my development as a marathon runner.

"I am extremely grateful to the support shown to me by the organisers at London and look forward to racing in April and at the Big Half [in London] in March."

It is not yet clear why either two-time European champion Dasaolu or Nelson, who won World Championship relay bronze in 2013, have withdrawn.

Notable names in the England squad include London Olympic long jump champion Greg Rutherford, who is seeking to defend the title he won at Glasgow 2014.

Adam Gemili, Nethaneel Mitchell-Blake and Danny Talbot, three members of the quartet who clinched 4x100 metres relay gold at the World Championships, are all selected.

Anchor leg runner Chijindu Ujah is not present, however, as he prioritises competing at the World Indoor Championships taking place in Birmingham from March 1 to 4.