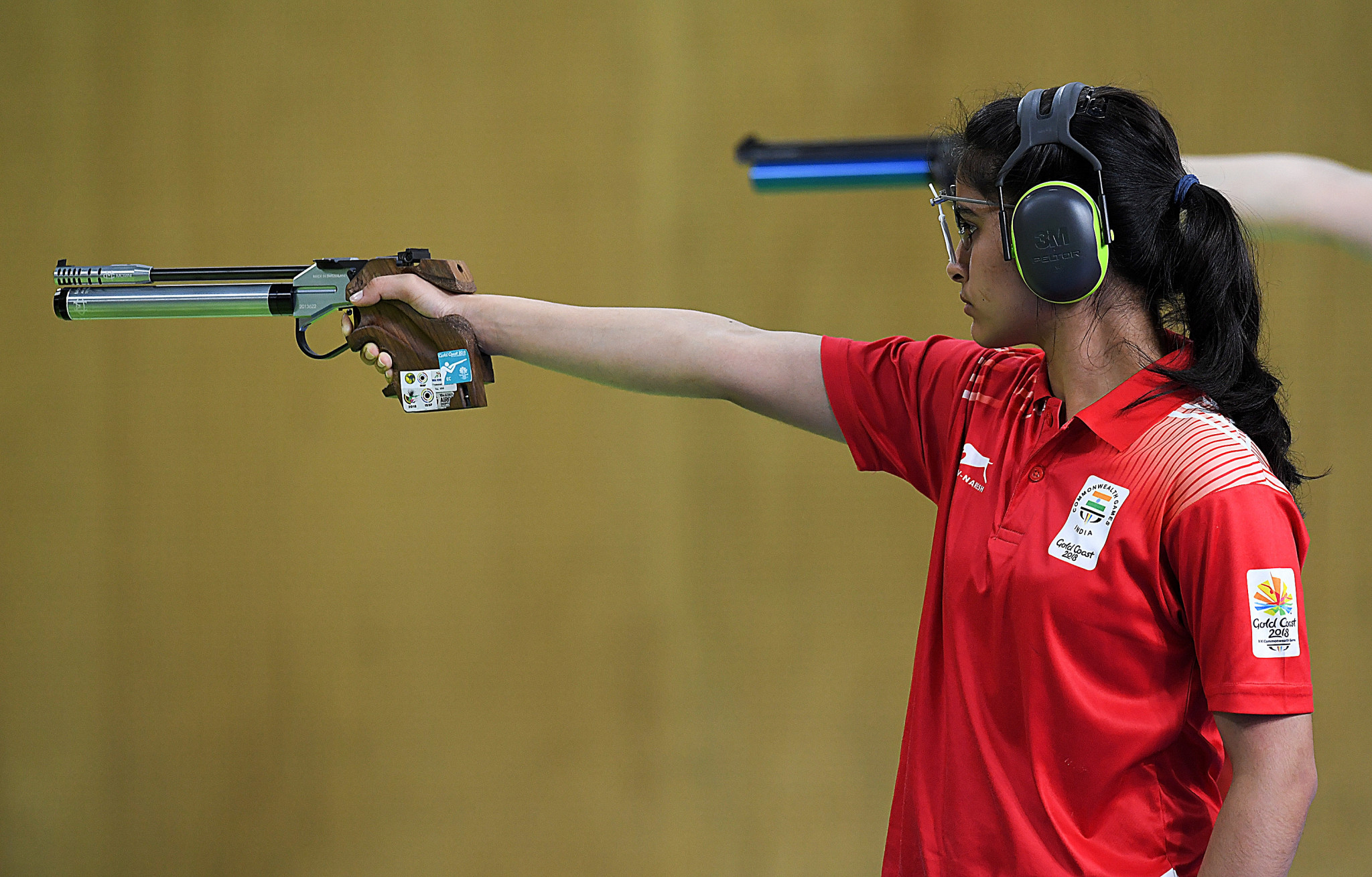 Indian teenager Manu Bhaker claimed the first gold of shooting competition at the 2018 Commonwealth Games  after a dominant performance in the women's 10 metre air pistol final.

The 16-year-old showed little sign of nerves, topping the qualification standings to head to the final as the athlete to beat.

She ended the opening stage of the competition with a near three point lead over Australia's Elena Galiabovitch at the shooting centre, which also hosted action at the 1982 Commonwealth Games.

Bhaker continued to stretch her advantage with accurate shooting, as the elimination stage of the competition began.

Defending champion Teo Shun Xie of Singapore was among those to falter, being eliminated in seventh place.

With Bhaker over six points clear at the top of the standings, Sindu battled for the silver medal with Galiabovitch.

Galiabovitch was ultimately forced to settle for the bronze medal on a score of 214.9 points, leaving the Indian shooters as the remaining athletes in the final.

Bhaker's lead was too much for Sindu to overcome in the final two shots, the teenager winning with a tally of 240.9 points.

Sindu settled for the silver medal on 234 points.

There was delight for the host nation in the men's 10m air rifle competition, as Dane Sampson came out on top in a tightly fought competition.

The Australian was on the brink of elimination at one point, but produced one of the best shots of the competition to remain in contention.

He would eventually take a 0.7 led over Bangladesh's Abdullah Baki into the final shot of the event.

A poor final shot put his hopes of gold at risk, but Baki also faltered to give Sampson the victory on a total of 245 points.

Baki would repeat his Glasgow 2014 silver on 244.7 points, earning only his country's seventh medal at the Commonwealth Games.

Andri Eleftheriou emerged as the winner of the women's skeet final, following a closely fought competition.

The Cypriot shooter was eventually able to edge ahead and would claim gold after hitting 52 of the 60 targets.

England's Amber Hill followed on 49, with Eleftheriou's team-mate Panagiota Andreou rounding off the podium after being eliminated on 40.