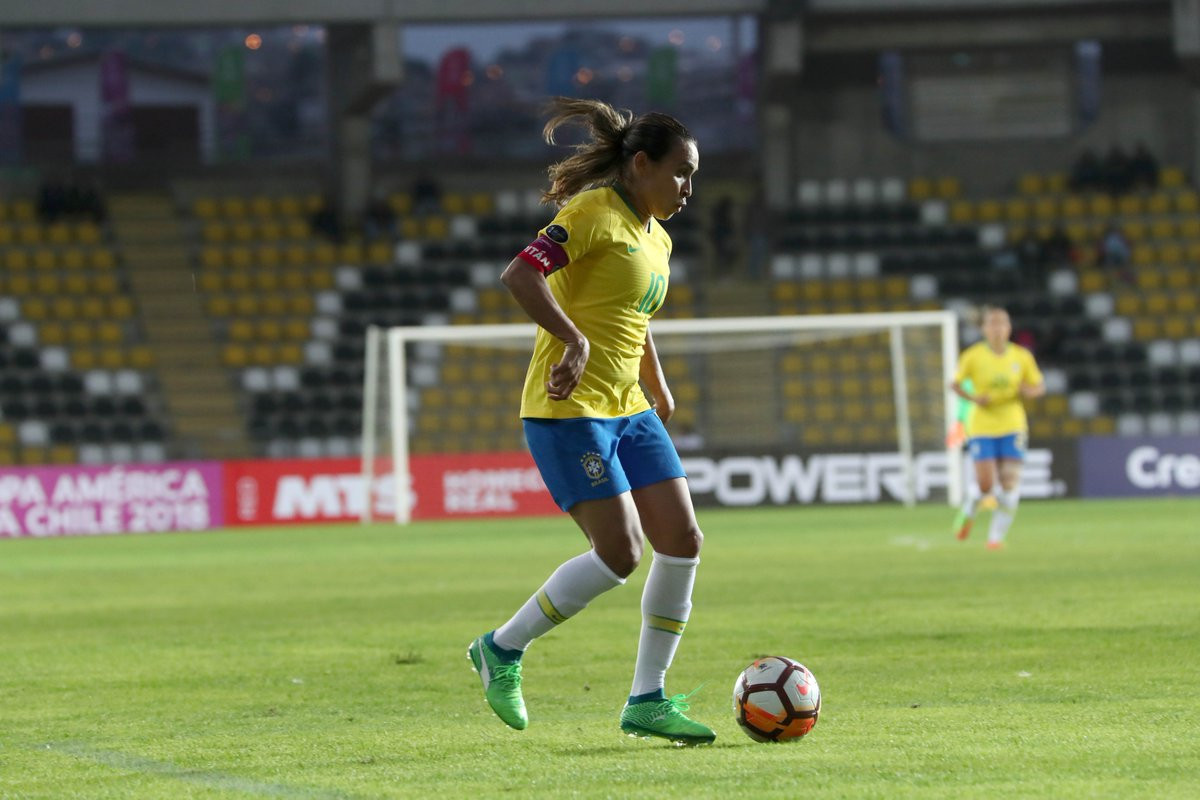 Brazil began their pursuit of a third straight title at the South American Football Confederation event in impressive fashion at the Estadio Municipal Francisco Sánchez Rumoroso.

Beatriz Zanerratto put Brazil into the lead in the 17th minute of the match, giving them the advantage at half-time.

Argentina responded after the break with Estefanía Banini producing an excellent free kick to get them back on level terms.

The defending champions would not be denied victory, however, as Cristiane put Brazil back in front 11 minutes after the break.

Brazil sealed the win in the closing moments, with Débinha sealing a 3-1 success in the final minute of injury time.

The Brazilian team joined Venezuela at the top of Group B after earning a 1-0 success against Ecuador.

Deyna Castellanos, instrumental in leading her country to fourth place at the 2016 FIFA Under-17 World Cup, proved the match-winner.

Castellanos found the net with five minutes of the match remaining  with Ecuador unable to muster a response.

Hosts Chile feature in Group A alongside Colombia, Paraguay, Uruguay and Peru.

Colombia will hope to build on their 7-0 win over Uruguay when they take on hosts Chile tomorrow.

Peru are due to play their first match of the tournament when they face Paraguay.