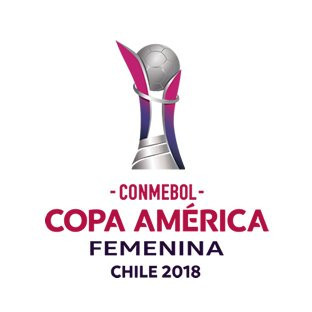 As well as playing for continental glory, the ten women's teams competing will also be bidding to book places at the Tokyo 2020 Olympic Games, the 2019 FIFA Women's World Cup in France and the 2019 Pan American Games in Lima.

The sides have been divided into two groups with hosts Chile drawn in Group A alongside Colombia, Paraguay, Uruguay and Peru.

The teams will all play each other once in the group stage in the hope of ending in one of the top two spots, which will put them through to the final stage.

The four teams in the final stage, also a league format, will then all play each other once to determine the winner.

The tournament champion will qualify for the 2019 FIFA Women's World Cup as well as the 2020 Summer Olympics and the Pan American Games.

The second team will also qualify for the World Cup and Pan American Games, but will only be given an Olympic qualification play-off spot, where they will come up against an African team.

Six-time champions Brazil are the favourites for the tournament, but they could be pushed close by Colombia, who have finished second at the last two editions.

Chile will fancy their chances in front of a home crowd but are unlikely to cause the top teams too much trouble as their best finish at the tournament was second - achieved back in 1991.