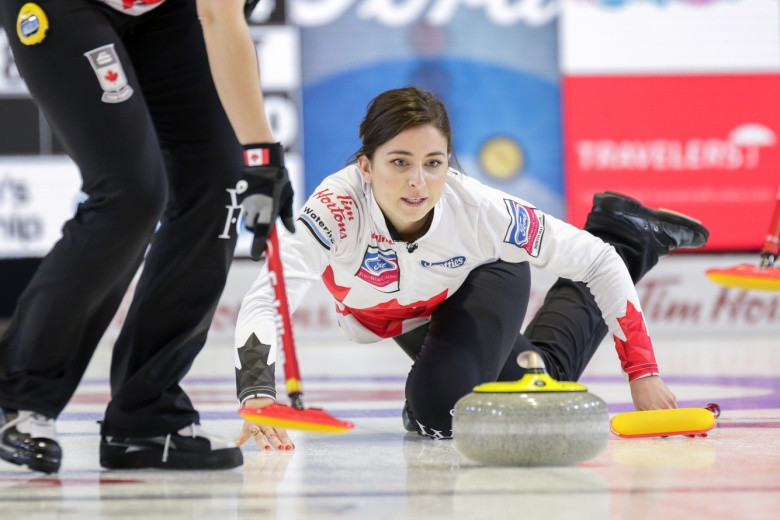 Host nation Canada top the table after day one of the World Women's Curling Championships in North Bay following victories over the Czech Republic and Switzerland.

Led by 2014 Olympic champion Jennifer Jones, Canada recorded a seven-end 11-5 win over the Czech Republic before defeating Switzerland 10-5 in the evening session at the North Bay Memorial Gardens.

"I’ve never had this feeling of playing as Team Canada and it’s wonderful," Canadian alternate Shannon Birchard said after helping her team to victory.

"I never want to take this jacket off.

"I’m going to be soaking up every moment."

"After this first game, the whole team is excited and we will play better [in future games]," Chinese skip Yilun Jiang said following her team's win.

"This is my first time as skip, so I’m nervous, but excited.

"As we are a new, young team we will learn a lot form the big games and we will try to experience more."

The final match of the morning session saw Russia record a 8-4 win over Scotland.

"I think it’s very important for us to focus on the details and just be in the moment, so I think we did that really well in this game," Swedish skip Anna Hasselborg said.

"Of course, there is a challenge coming from a big event to the worlds.

"It helps that we’re in Canada because it’s a dream playing here - it’s just our second worlds."