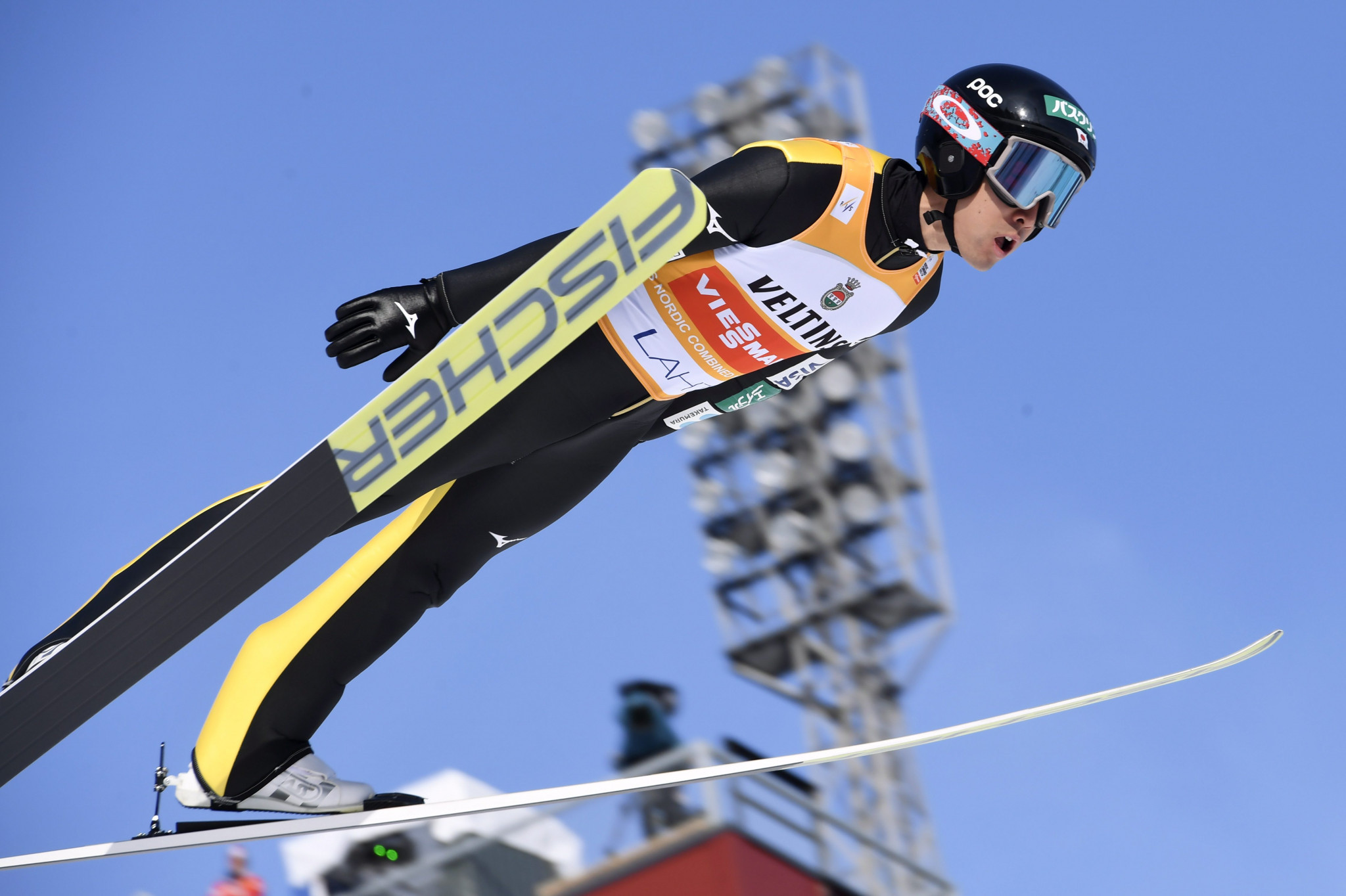 Watabe, the Olympic bronze medallist in the 10km format, was positioned in second place after the opening ski jumping.

He leapt 129 metres to be beaten only by Norway's Jarl Magnus Riiber, who managed 132m.

Watabe swiftly took the lead early on in the cross-country section but was chased hard by Riessle.

The German had started 35 seconds behind after an eighth place ski jump but swiftly close the gap and, at one stage, looked capable of catching the leader.

Riessle tired late on, though, and Watabe eventually crossed for a winning time of 25min 19.0sec.

Mario Seidl of Austria crossed 4.8 seconds further back in third.

Norway's Jan Schmid finished fourth on the day to remain second in the overall standings, on 949 points in comparison with Watabe's 1,050.

The FIS Nordic Combined World Cup is due to remain in Norway with the next stage taking place in Trondheim on Tuesday (March 13).