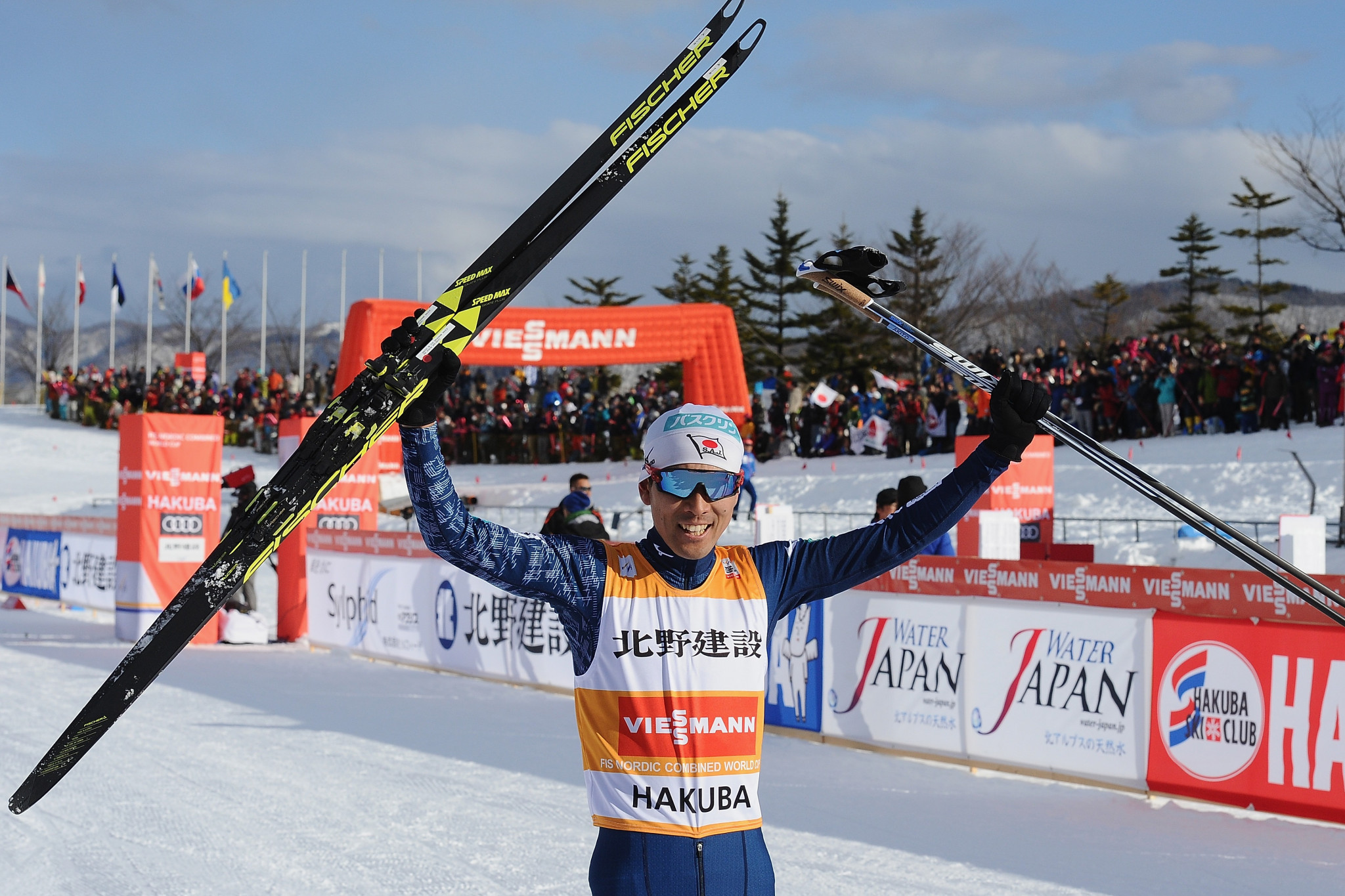 Watabe came into the event in confident mood after winning all three World Cup legs at last weekend's Seefeld Triple in Austria.

Today, he triumphed after coming out on top in the ski jumping with 136.4 points and finishing the 10-kilometres cross-country race in a time of 24min 14.6sec.

Watabe, the Sochi 2014 Olympic silver medallist in the 10km normal hill event, has increased his tally of World Cup wins this season to five, marking a personal record for a single campaign.

He has 845 points at the summit of the overall World Cup standings and holds a 60-point advantage over nearest challenger Schmid heading into tomorrow's competition - the last one before Pyeongchang 2018 which opens on February 9.

Schmid, out to minimise the damage in the overall World Cup standings, caught Faisst on the last steep uphill and crossed the finish line 9.4 seconds ahead of his rival.