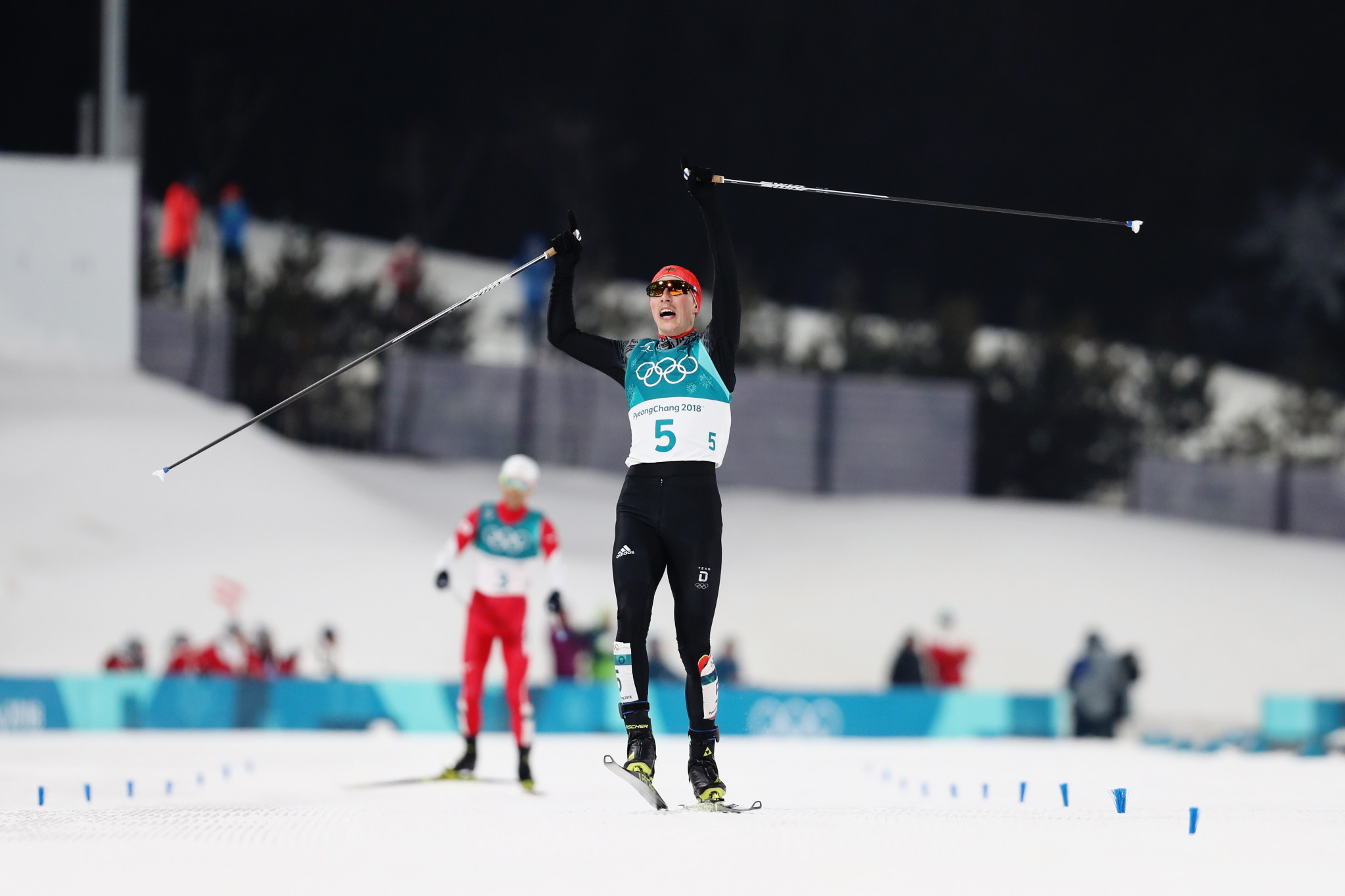 The 29-year-old was third at the 6.5km point of the cross-country race but then took control and clocked a time of 24min 51.4sec to repeat his success from Sochi 2014.

He had earlier finished fifth in the ski jumping element of the event with an effort of 106.5 metres for 121.7 points

Frenzel becomes only the third athlete to successfully defend his Olympic crown in the event.

He follows in the footsteps of East Germany's Ulrich Wehling, winner of three consecutive gold medals from 1972 to 1980, and Norway’s Johan Grøttumsbråten, the gold medallist in 1928 and 1932.

"So in the end, the only way was to go in front and make my own race.

As was the case at Sochi 2014, Frenzel beat Japan’s Akito Watabe to the gold medal.

Watabe, the current World Cup leader, finished 4.8 seconds behind his rival on this occasion.

Austria’s Lukas Klapfer was a further 13.3 seconds off the pace in third.

Norway’s Jarl Magnus Riiber came second in the first part of the event with 126.9 points and just missed out on a medal with a fourth-place finish in the final standings.

Third place in the ski jumping round went to Watabe with 123.7 points, while Klapfer finished fourth with 122.6.

The individual Gundersen large hill/10km event is due to be staged next Tuesday (February 20).