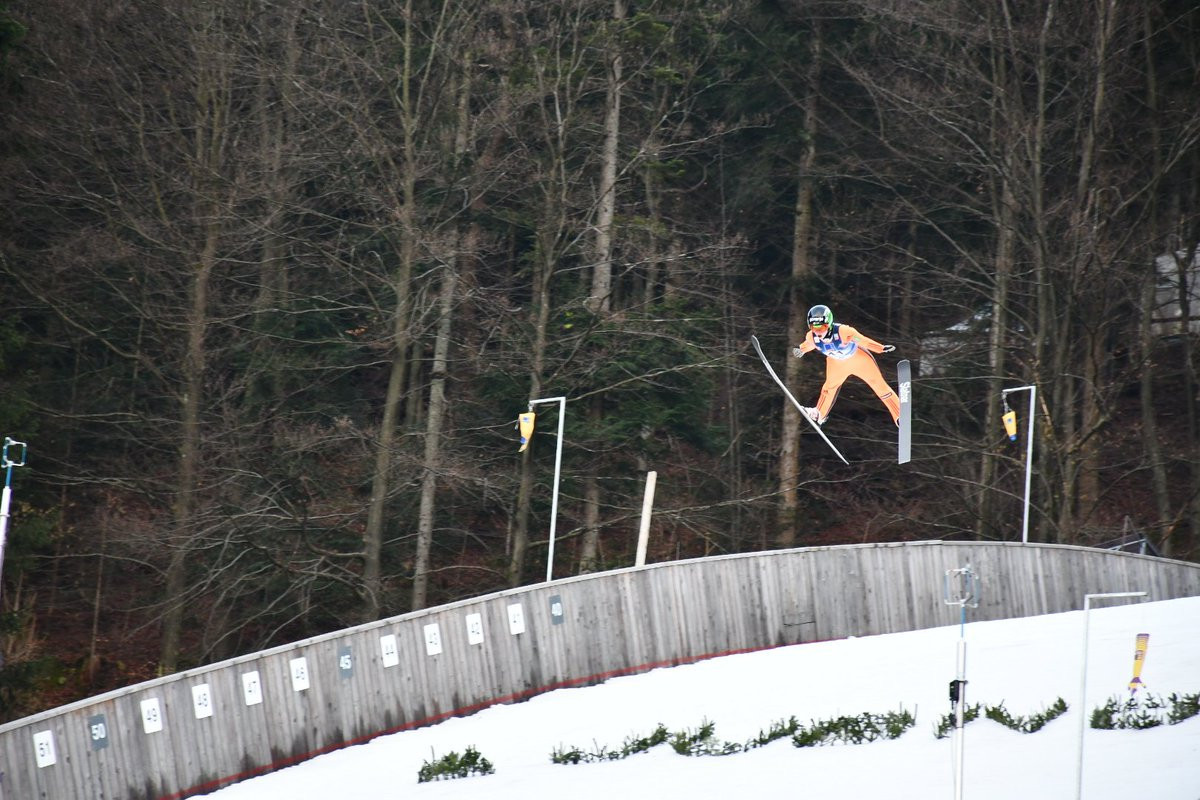 The Slovenian women’s team put in an incredible display to secure the gold medal in the team ski jumping event at the International Ski Federation Nordic Junior World Ski Championships in Kandersteg.

Jerneja Brecl, Nika Križnar, Katra Komar and Ema Klinec were awarded a combined points score of 733.1 points after their eight jumps at the Swiss venue.

Križnar was awarded the highest number of points for an individual jump with 117.8 for her 103.0 metre effort.

The Slovenian team were a huge 110.4 points ahead of Russia as France finished in the bronze medal position on 571.2.

The men's title was a lot closer with Germany recording a points total of 1068.5, just 4.8 points ahead of Austria in silver, while Norway’s 1037.0 secured the bronze medal.

There was yet more success for Slovenia in the men's Nordic combined event with Vid Vrhovnik taking the gold medal thanks to an overall time of 11min 28.8sec after a jump points total of 125.1 points.

Norway secured the gold medal in the men’s 4x5 kilometre under-23 cross-country event in Goms in Switzerland, thanks to an overall time of 50:04.2 over the total 20km distance by their four athletes.

The United States were just over two seconds behind with a time of 50:06,  Russia securing the bronze medal in 50:09.7.

The women’s 4x3.3km title was taken by Germany who completed the course in an overall time of 39:17.4.

Russia were 8.6 seconds behind in silver with Sweden almost a minute behind the winners in 40:04.9.

The event is due conclude tomorrow with the mixed team ski jumping.