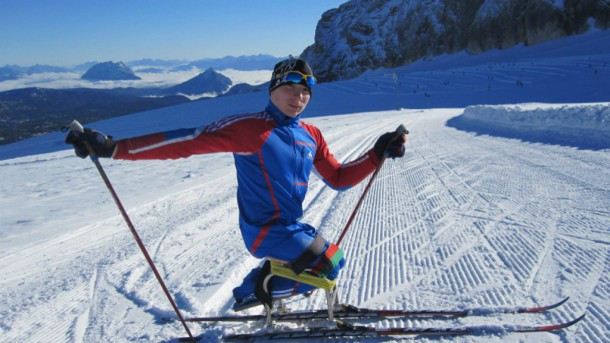 Neutral athletes from Russia repeated their success from yesterday as they once again took four gold medals in long-distance cross-country races at the World Para Nordic Skiing World Cup in Vuoktatti.

Marta Zainullina claimed her second gold medal in two days as she led an-all Russian neutral podium in the women's sitting event thanks to a time of 43min 57.1sec over the 12 kilometre course in Finland.

Irina Guliaeva was 23.8 seconds behind in the silver medal position with compatriot Nadezhda Fedorova claiming bronze in a time of 44:46.3.

Ivan Golubkov also won his second title in two days with victory in the men’s sitting event, played out over 15km.

His time of 46:37.6 was enough to see off competition from fellow Russian neutral Alexander Davidovich, who crossed the line just over a minute later in 47:37.9.

Ukraine's Maksym Yarovyi completed the podium line-up but was some way behind with his time of 48:32.1.

In today's women's standing event, a 15km race, Russian neutral Anna Milenina, a gold medal winner at the 2014 Paralympic Games in Sochi, leapt up two places from her bronze medal position yesterday by taking the title thanks to a time of 52:26.8.

Compatriot Ekaterina Rumyantseva finished in the silver medal position with a time of 53:03.8 with Ukraine's Yuliia Batenkova-Bauman rounding off the podium in 53:59.1.

There was more success for Russian neutral athletes in the men's standing as Rushan Minnegulov came out on top in 1:00:19.9 over 21km.

Fellow Russian neutral Alexander Pronkov was over a minute behind with a time of 1:01:12.5 whilst Witold Skupien secured Poland's solitary medal of the day thanks to a third-place time of 1:01:22.1.

The only events not won by Russian neutrals on the final day of competition were the visually impaired races.

Eirik Bye of Norway and Iaroslav Reshetynskyi of Ukraine were left trailing in his wake with times of 1:06:06.1 and 1:07:14.1 respectively.