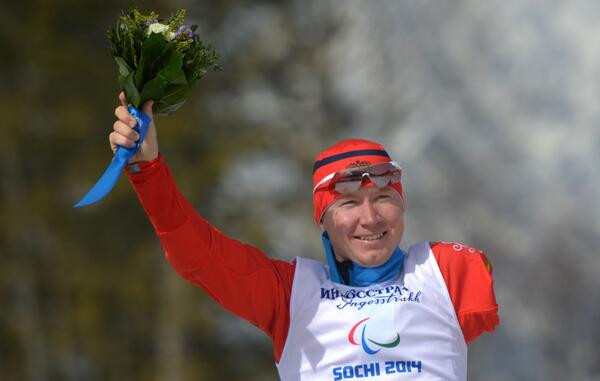 Neutral athletes from Russia claimed all four sprint standing and sitting cross-country titles at the World Para Nordic Skiing World Cup in Vuokatti, as competition resumed in the Finnish village.

Sochi 2014 bronze medallist Vladislav Lekomtsev led an all-Russian neutral podium in the men's sprint standing event as he completed the 1.2-kilometre course in a time of 2min 34.11sec.

Rushan Minnegulov was second thanks to a time of 2:40.04 whilst Alexander Pronkov rounded off the podium with a time of 2:42.36.

Ekaterina Rumyantseva added to her middle-distance gold from Tuesday (February 6) by winning today's women's sprint standing event in a time of 3:07.56.

Ukraine's Liudmyla Liashenko crossed the line just over two seconds behind Rumyantseva in 3:09.65.

The men's sprint sitting title was claimed by Ivan Golubkov in 1:54.12.

He finished ahead of Ukrainian duo Maksym Yarovyi and Taras Rad, who claimed the silver and bronze medals in times of 2:01.96 and 2:04.98 respectively.

The Russian neutral dominance continued in the women's sprint sitting with Marta Zainullina securing gold in a time of 2:18.99.

Birgit Skarstein of Norway was some way behind her with a time of 2:26.92 whilst Russian neutral Natalia Kocherova rounded off the podium thanks to a time of 2:23.82

The Russian neutrals, who are banned from competing under their own flag due to the country's doping crisis, could not repeat their earlier success in the visually impaired events as Austria's Carina Edlinger, guided by brother Julian, clinched gold in the women's race ahead of Ukrainian pair Oksana Shyshkova and Olha Prylutska, who finished in second and third respectively.

There was still, however, a gold for Ukraine to cheer in the men’s visually impaired race as Iurii Utkin claimed the title ahead of Zebastian Modin of Sweden and Eirik Bye of Norway.

The competition in Vuokatti concludes tomorrow with the long-distance races.