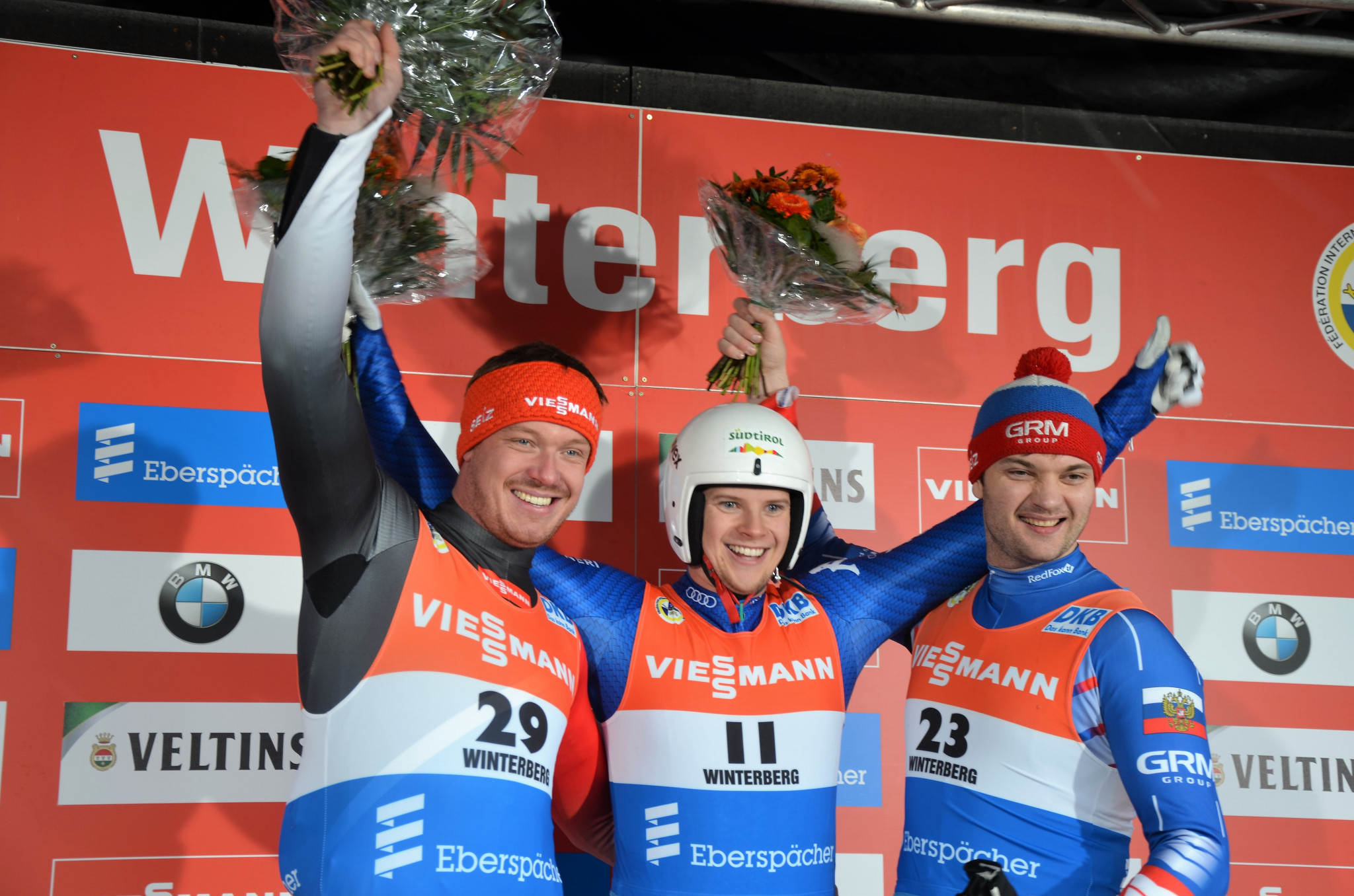 Fischnaller, the cousin of World Championship bronze medallist Dominik Fischnaller, made the most of his low starting position for the first run to achieve the best time of the opening slides.

The 2012 junior European champion then managed to defend his place in the second run to secure the gold medal in a combined time of 1min 45.528sec.

Favourite Felix Loch, from Germany, came second in front of Russian Stepan Fedorov with the minor medallists timed at 1:45.595 and 1:45.645 respectively.

"I was not really that nervous between the two heats," he said.

"I was expecting the track to give way a lot on the second run so I wouldn't be in with a chance of winning.

"I just wanted to go out there and give a good run.

"I am so surprised.

"I never in my life expected to win; I would have been happy enough with a top ten result."

Despite failing to take the gold in his homeland, triple Olympic champion Loch said he was still satisfied with the result as he chases a sixth overall Luge World Cup title.

"He really made the best of his starting position on the first run.

"We know that he's a great luger and he did a good job of defending his lead on the second run.

The surprise win pushes Fischnaller up to third in the overall standings with 142 points.

Loch is in joint first place with Russia's Semen Pavlichenko, who came fifth in Winterberg after winning the season-opener in Innsbruck.

The second and third placed lugers have 155 points each.

There were no surprises in the doubles event with favourites Toni Eggert and Sascha Benecken of Germany adding to their gold medal from Innsbruck with another in Winterberg.

Even at this early stage of the season, it looks like they will retain the Championship they won last season as they are currently 45 points clear at the top of the overall leaderboard.

The pair registered the two best times of the day, 43.609 and 43.731, to win in front of fellow Germans Tobias Wendl and Tobias Arlt and Robin Geueke and David Gamm who took silver and bronze respectively.

Tomorrow sees the women’s action get underway along with the first Sprint World Cup events of the year.