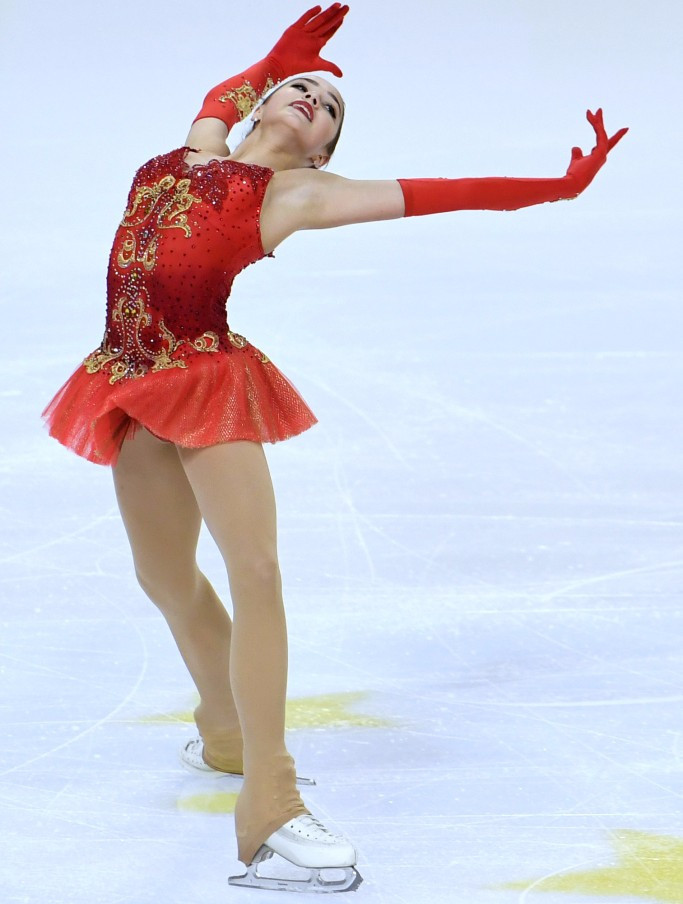 The 15-year-old world junior champion was outside of the medals after the short programme at the Patinoire Polesud in Grenoble yesterday, but was superb in today's free skate.

She finished on a personal best of of 151.34 points following a performance which included a triple Lutz-triple loop combination, a double Axel-triple toe, four more triples and level-four spins and footwork.

Zagitova has now won two Grand Prix events in her debut senior season after she triumphed at the Cup of China in Beijing earlier this month.

She has already qualified for the Grand Prix Final in Nagoya in Japan, which begins on December 7.

"The short programme was on a different day, today was a new day, I started from scratch and tried to go out with a cool head."

Maria Sotskova ensured a Russian 1-2 as she finished on 140.99 points for silver, keeping the position she held overnight.

Canada's Kaetlyn Osmond led after the free but slipped to third overall on 137.72 points after falling on a triple loop attempt.

Elsewhere, there was home French success as double world champions Gabriella Papadakis and Guillaume Cizeron won the ice dance title with a personal best score of 201.98.

They collected a level four score for all elements except the midline step sequence which was a level three, and kept the lead they held overnight.

Madison Chock and Evan Bates of the United States claimed the silver medal with the bronze going to Russia's Alexandra Stepanova and Ivan Bukin.

In pairs competition, Russian European champions Evgenia Tarasova and Vladimir Morozov held on to their day one lead to win with 218.20 despite finishing second in the free skating.

They have now won two Grand Prix events this term after gold at last month's Rostelecom Cup in Moscow.

France's Vanessa James and Morgan Cipres won the free skate but were second overall on 214.32.