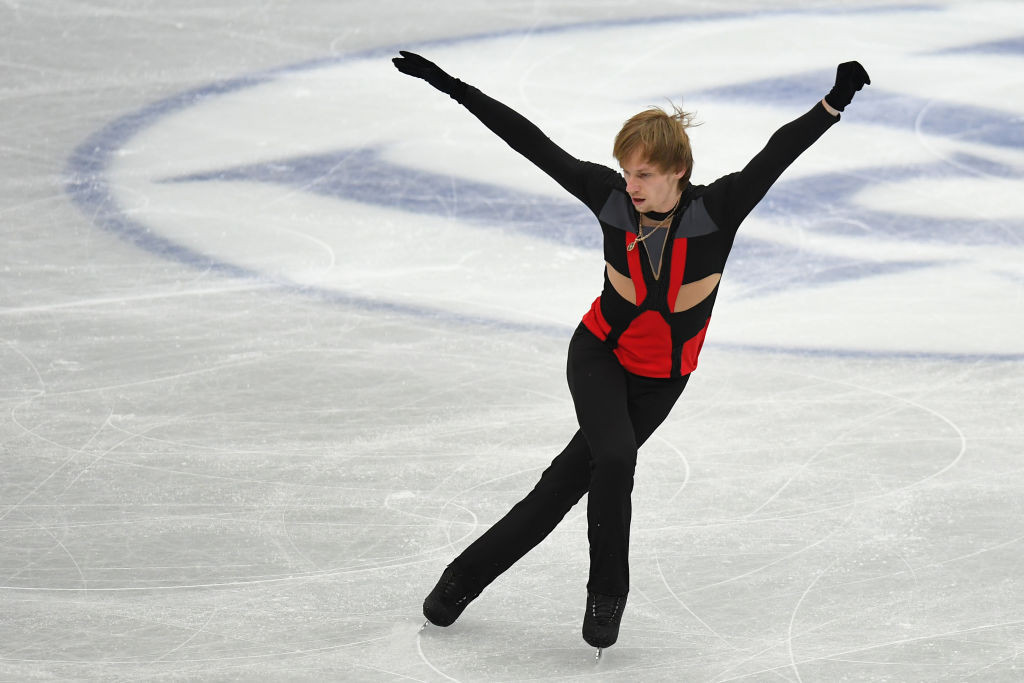 Russian veteran Sergei Voronov topped the short programme standings today to establish a lead going into the second day of the men’s competition at the International Skating Union (ISU) Grand Prix of Figure Skating event in Osaka after Olympic champion Yuzuru Hanyu of Japan withdrew due to injury.

Performing to Adios Nonino by Argentine composer Astor Piazzolla, Voronov pulled off a quad-triple toe, a triple Lutz and triple Axel to score a season’s best of 90.06 points at the Osaka Municipal Central Gymnasium.

It was just below his personal best of 90.33 points.

"I am happy with my performance because not only the jumps, but the whole programme, came out at a high level," Voronov, a two-time European medallist, said.

Asked about being a so-called veteran in the sport, the 30-year-old replied: "In my country, a veteran is a respected person, a veteran of the war for example.

"With 30 years, you just start to flourish in life.

"The most important thing is that you love what you are doing.

Brown completed a triple Lutz and excellent spins in his upbeat programme to The Room Where It Happens from the musical Hamilton.

The Skate Canada International silver medallist stepped out of the landing on his triple Axel and reduced his combination to a triple flip-double toeloop.

The withdrawal of Hanyu was a blow to the home fans.

The home favourite sustained an injury to his right foot when he fell in practice yesterday afternoon.

"I am very sorry to have everyone worried about me," Hanyu said in a statement released by the Japan Skating Federation.

"The doctors have worked hard on treating me since last night.

"Unfortunately, they have made their final decision that I should not take part.

"I will focus on my treatment and work hard towards the nationals."

American Adam Rippon remains within striking distance of the podium.

He stumbled out of his final spin but still managed a season’s best 84.95 points.

Russian newcomer Polina Tsurskaya came third in the first segment of the competition with 70.04 points.

In the pairs short programme, world champions Wenjing Sui and Cong Han of China led the way with 79.43 points.

They were followed by team-mates Kristina Astakhova and Alexei Rogonov on 70.47 points.

The NHK Trophy is the fourth of six events that make up the 2017-2018 ISU Grand Prix of Figure Skating series, which culminates in next month’s Final in Nagoya in Japan.

A total of 60 skaters and couples from 16 ISU members are competing in Osaka.