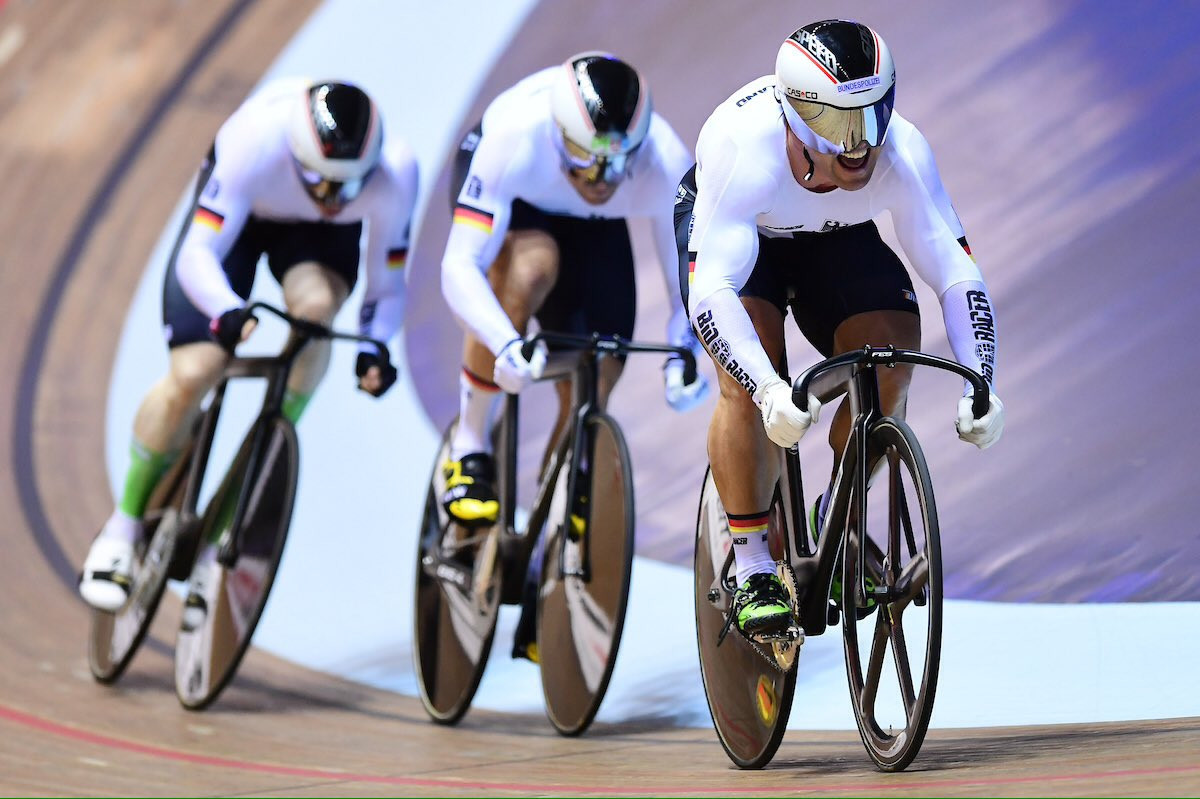 Miriam Welte and Kristina Vogel, the three-time world and London 2012 Olympic champions, proved the form team in the women’s competition at the National Cycling Centre.

The duo eased through the opening rounds of the competition to set up a clash with Russia’s Anastasiia Voinova and Daria Shmeleva.

Welte and Vogel combined to good effect to beat the reigning world champions, they clocked a time of 32.382 seconds.

The podium was rounded off by the Holy Brother Cycling Team, a trade team, with their combination of Shanju Bao and Yufang Guo securing the bronze.

The duo managed a time of 33.202 to beat the Dutch team of Shanne Braspennincx and Kyra Lamberink to the line.

Germany’s success was repeated in the men’s event as Joachim Eilers, Robert Forstemann and Maximilian Levy earned gold in a time of 43.095.

They saw off the challenge of the Beat Cycling Club in the gold medal ride, while The Netherlands overcame Britain in the ride off for the bronze.

Britain’s Jon Mould and Nikita Panassenko of Kazakhstan then went head-to-head in the men’s scratch final.

What a brilliant Scratch Race!

The pair gained a lap on the rest of the field, but Panassenko ultimately emerged as the victor by winning the sprint at the end of the 10 kilometre event.

Panassenko had earned points race gold at the opening Track World Cup of the season in Pruszków, Poland, last week.

The scratch race podium was rounded off by Dutch rider Wim Stroetinga.

She finished in front of Qianyu Yang of Hong Kong and Belgium’s Jolien D’Hoore, who claimed silver and bronze respectively.

The women's omnium event was won by American Jennifer Valente, who finished with 139 points from the four disciplines.

She was forced to battle reigning world champion Katie Archibald, but Valente edged her rival in the final sprint of the points race.

Archibald ended with 134 points for silver, while Denmark's Amalie Dideriksen took bronze on 120.

Britain and Denmark will meet in the men’s team pursuit finals after winning their first round rides in the evening session.