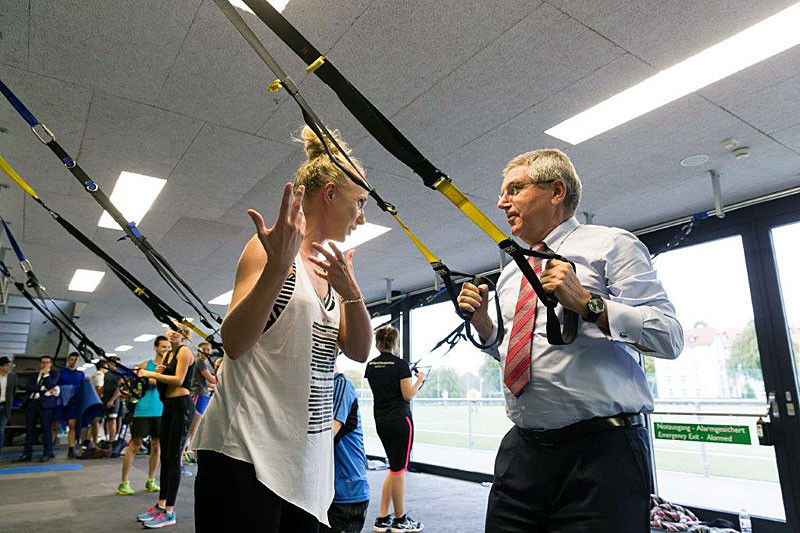 The visit took place at the invitation of Leonz Eder, head of the sports department and first vice-president at the International University Sports Federation (FISU).

Bach visited the university's sports hall and discussed the value of sports with students.

He then received a "TRX" lesson - a type of suspension training - and met local officials before being introduced to about 300 students and local people by Eder.

The German then underlined the importance of the recently signed Memorandum of Understanding between the IOC and FISU, and mentioned some of the strategic goals of FISU President Oleg Matytsin for the development of university sport worldwide.

Bach, a fencer, took part in the Summer Universiade in 1973 in Moscow and 1979 in Mexico City, and won a foil team gold medal with Germany at the Olympics in Montreal in 1976.

He told the audience that he wanted to start his sports career with football, but his parents then moved him to fencing.

Hüppi asked the IOC President about Rio 2016, corruption in sports and doping issues.

The IOC President outlined some of the main goals from his IOC Agenda 2020, and stated that the IOC Congress in Lima last month was "very successful" in its double allocation of the Olympic and Paralympic Games in 2024 and 2028 to Paris and Los Angeles respectively.