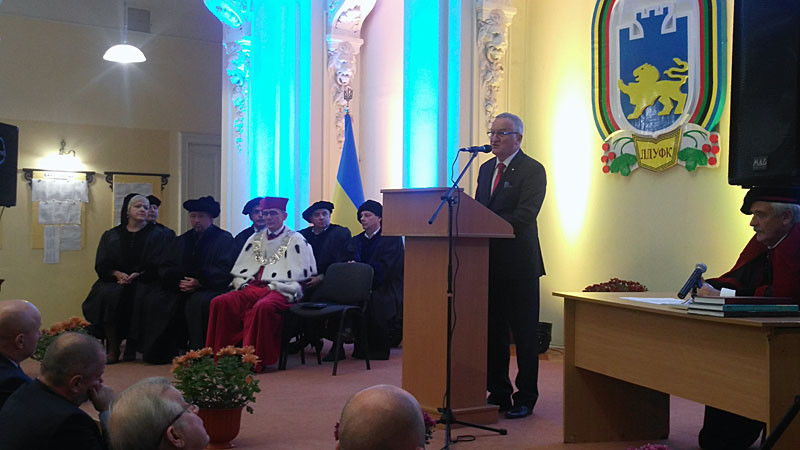 Dymalski was honoured with the "Doctor Honoris Causa" for his contribution to the development of university sport.

His promotion of bilateral relations between Poland and Ukraine, particularly in sport and among youth, was also recognised.

Dymalski gave a lecture at the Ukrainian university on FISU's work and encouraged the Sports Students Union of Ukraine (SSUU) to take part in their events.

A Polish delegation led by the Secretary of State for the Polish Ministry of Sport was welcomed by his Ukrainian counterpart Oleg Nemchinov.

At a joint seminar, the parties exchanged ideas and experiences in how to attract young people to sport, considering new trends in both sport and technology.

At the end of the meeting, the Polish Student Sport Union (AZS) and the SSUU signed an association agreement.

The parties expressed hope that the geographical and cultural bond between Poland and Ukraine will help to boost "international student friendship".

Based in Lviv, the university was founded in 1946 and currently has around 1,800 students.