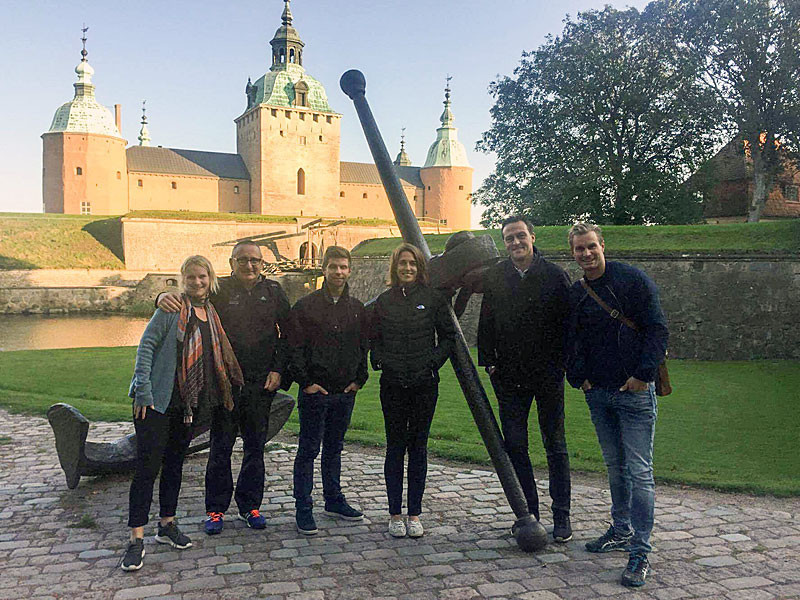 Swedish city Kalmar was visited by a party from the International University Sports Federation (FISU) to inspect progress before next year's World University Triathlon Championship.

A "city-integrated course" will play host to triathletes who will compete over the sprint distance on September 1 next year.

They will begin with a 750 metre swim in Kalmar's canals before a 20 kilometre bike leg and a 5km run.

The FISU delegation inspected the course as well as ceremonial places and other facilities, including accommodation, catering venues and offices.

They met with representatives from the Organising Committee and Linnaeus University.

A meeting was held at Kalmar Castle to discuss the organisation of the Championship and promotional work.

"The inspection visit was an important milestone for the Organising Committee to progress with our work," said Cecilia Olsson, secretary general of the Swedish University Sports Federation.

"We have had valuable meetings with FISU representatives Dominque Frizza, Pauline Hamonic and Jing Zhao.

"Now, we look forward to welcoming university triathlon athletes from all over the world to Kalmar.

"The prerequisites for a good Championship are the best thanks to the good cooperation between Kalmar Municipality, Linnaeus University, the Swedish Triathlon Association and the local associations."