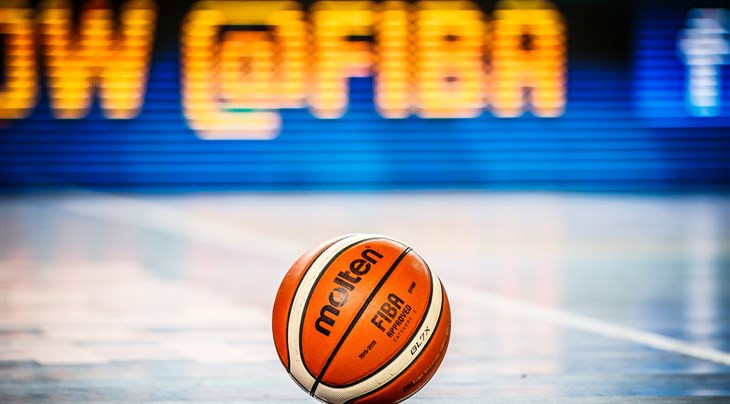 The International Basketball Federation (FIBA) has described a so-called "calendar proposal" by Euroleague Commercial Assets (ECA) to move the 2019 Basketball World Cup from September to July as "simply not serious and therefore unacceptable".

The ECA proposal, sent to FIBA on Thursday (September 21) and accompanied immediately by a public press statement, has been made with just two months until the start of the 2019 Basketball World Cup qualifiers.

In what represents the latest chapter of the row between the two organisations, FIBA claims it can "only assume the proposal is a heavy-handed diversionary tactic".

It comes at a time when the decision of ECA to create a calendar conflict has been submitted for investigation to the European Commission.

"[The proposal] - which squeezes even more than today's qualification tournaments and main competitions for national teams in the space of four weeks in July (compared to 38 weeks of club competitions), intends on moving FIBA's flagship event from September to July 2019 and even tries to change the dates of the Olympic Games - is simply not serious and therefore unacceptable," a statement from FIBA read.

In July, FIBA accused the ECA of being "unfair and unreasonable" towards players for not including windows for international matches in the 2017-2018 Euroleague calendar.

The organisation also claimed the decision of the ECA, who run the Euroleague, "unnecessarily creates the potential for conflict between clubs, on the one hand, and players and National Federations on the other".

The ECA confirmed their competition calendar for the upcoming season in the Euroleague, the continent's top club competition, will not feature dedicated windows for international games in November 2017 and February 2018.

Players will therefore not be automatically released to represent their countries in the 2017-2018 cycle - the first in FIBA's revamped calendar - as a result of the move.

FIBA highlighted that "if there is a problem today, it is because of the unreasonable and disproportionate actions of ECA".

"ECA fails to point to the most telling aspect of this matter: it can reschedule just two game-days of the regular season in order to solve a problem it created itself," the statement read.

"This is not difficult at all.

"ECA decided last year to go from zero to five double-headers in the same season in order to play more games.

"This season it could perfectly start one week earlier, like many domestic leagues, and add just one double-header.

"Other alternatives are certainly possible too.

"The reality is that ECA considers the national teams an unnecessary and disturbing part of the basketball family and has therefore proposed to reduce their presence in the calendar even further, marginalising them into a small corner of the summer, which is clearly not the ideal moment for indoor sports and unnecessarily increases the players' workload after a heavy club season."

In another development, Germany, Greece, Italy, Russia, Spain and Turkey have signed a joint statement whereby they confirm they will invite Euroleague players to represent their countries for all 2019 Basketball World Cup qualifiers.

The statement also calls for the ECA to reschedule Euroleague game-days in order to avoid clashes with the World Cup qualifiers and urges the European Commission to hold the ECA accountable for breaching its earlier commitment to accommodate FIBA's new calendar.

Furthermore, it also guarantees their support to fellow National Federations, which are similarly seeking the release of their country’s players from Euroleague clubs, and confirmed their readiness to use all available remedies in protecting their teams from the interference of the ECA.

The six Federations, meeting in Swiss city Geneva for matters relating to their domestic championships, represent countries that account for 13 of the 16 clubs competing in the 2017-2018 Euroleague season.

"After a memorable FIBA EuroBasket 2017, it is time to turn our attention to a great club season in Europe - both domestically and internationally with the Euroleague, Basketball Champions League, Eurocup and FIBA Europe Cup - that will count on the added value of national team games, sparking the interest for basketball in Europe and around the world every three months," FIBA added in its statement.

"ECA holds the key to eliminate the calendar clash and thus to free its clubs and players from this unfair situation.

"It is not time for further confrontation and FIBA has no interest in continuing a public exchange which damages the image of our sport.

"As the world governing body for basketball, FIBA as always is ready to study and take into consideration proposals that respect national teams and domestic leagues for the period after 2021 from any basketball stakeholder, as it has done in the past.

"For now, it is time to focus all our efforts on preparing for the upcoming FIBA Basketball World Cup 2019 qualifiers, tipping off on November 23 with 80 national teams across five continents and on helping our Member National Federations to grow basketball in each of their countries."