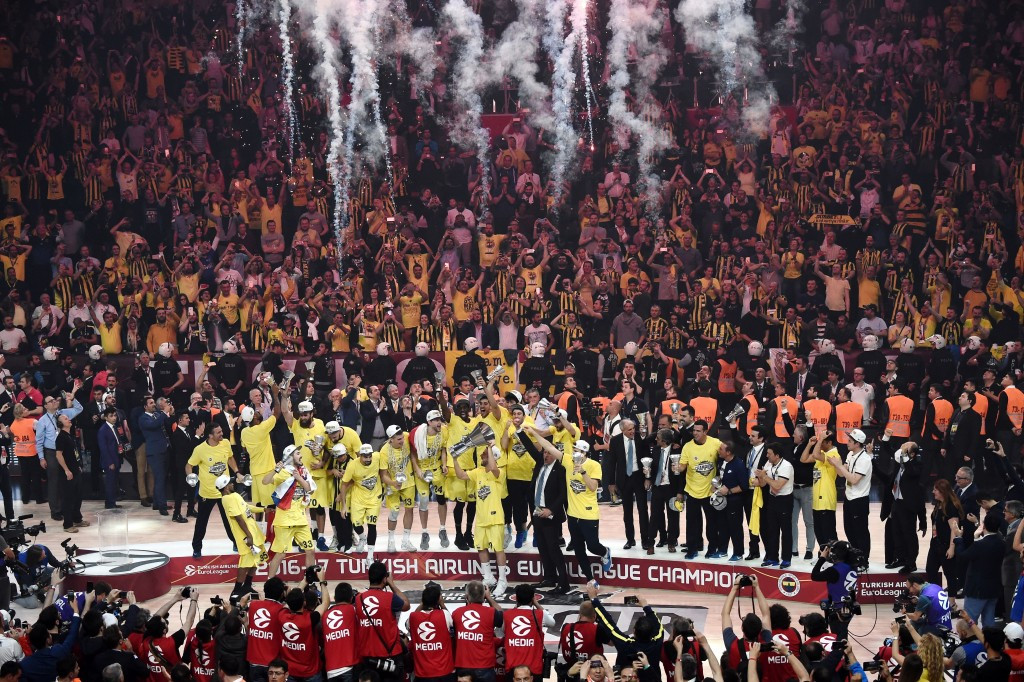 The International Basketball Federation (FIBA) has accused Euroleague Commercial Assets (ECA) of being "unfair and unreasonable" towards players for not including windows for international matches in the 2017 to 2018 Euroleague calendar.

In what represents a resurrection of the row between the two organisations, FIBA have also claimed the decision of the ECA, who run the Euroleague, "unnecessarily creates the potential for conflict between clubs, on the one hand, and players and national federations on the other".

The ECA confirmed their competition calendar for the upcoming season in the Euroleague, the continent's top club competition, will not feature dedicated windows for international games in November 2017 and February 2018.

Players will therefore not be automatically released to represent their countries in the 2017 to 2018 cycle - the first in FIBA's revamped calendar - as a result of the move.

In a statement, FIBA said they were "disappointed" by the ECA and criticised a decision they claim could have been "easily avoided".

"We were assured by ECA – in a letter signed on 10 November 2016 – that ‘ECA rules do not prevent or limit in any way the release of players to national teams competitions,'" FIBA said.

"Consequently, today’s decision clearly passes the responsibility for deciding whether or not to play for their international teams to the players themselves.

"This unnecessarily creates the potential for conflict between clubs, on the one hand, and players and national federations on the other.

"Being forced to choose whether to represent club or country places an unfair and unreasonable burden on players who should be free to achieve their best performance for both club and country."

In response, the ECA dismissed the accusations from world basketball's governing body, insisting they have "always supported national teams competitions, and will continue doing so".

They also claim FIBA are to blame for organising international matches in periods which would coincide directly with the clubs' calendar.

This comes despite FIBA stressing they outlined their national team windows in August 2015.

"Euroleague Basketball does not accept any kind of discriminatory treatment towards its players, coaches, referees, observers and clubs compared to those exercising their activity in other continental leagues," a Euroleague statement read.

"This is clearly the case with the national team "windows," as other major stakeholders have publicly expressed the non-participation of all of their players with no reaction whatsoever from FIBA.

"It is common knowledge that in the past numerous players both European and non-European have repeatedly decided not to accept invitations to join their national teams without any consequences, including high profile former players who are now attempting to pressure current players."

The ECA have also alleged FIBA has "blocked the participation of referees, observers and other collectives from participating in major FIBA events for the sole reason of being associated with Euroleague Basketball".

FIBA and the ECA have been at loggerheads in recent years regarding the club game after Europe's top sides broke away from FIBA in 2000 to form a new tournament.

FIBA has attempted to wrestle back control from the ECA and launched a new Champions League tournament last year, with both sides then accusing the other of anti-competitive behaviour.

As tensions ran high FIBA Europe ruled that any country associated with Euroleague risked being thrown out of international tournaments.

It appeared the ongoing dispute had been ended in July of last year when the Euroleague ended legal proceedings it had brought against FIBA.

The court "indicated that the applying leagues and clubs were bound by Court of Arbitration for Sport arbitration clauses in the statutes of FIBA Europe, which blocks them from litigation in national courts".