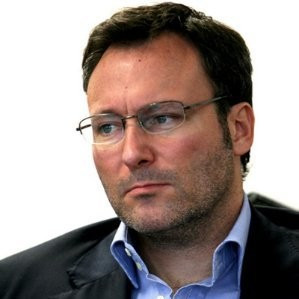 Patrick Comninos, the chief executive of the Basketball Champions League, has claimed the event respects "fundamental sporting principles" where its rival does not.

The issue caused controversy within the sport and saw FIBA and Euroleague Commercial Assets (ECA), who run a similar competition, clash over ownership of the European club game.

The FIBA Champions League is designed to replace the Euroleague as the top level competition on the continent.

However, Euroleague Basketball revealed they had signed a 10-year agreement with sports, events, media and fashion company IMG to alter their existing competition to create a “true European league” late in 2015.

Comninos believes the Champions League's philosophy is much better suited to the overall needs of the game though, unlike the business mentality of its rival.

"I think what sets the Champions League aside is that we represent and respect the fundamental sporting principles that exist in European sports, meaning a team has to perform well in their domestic competition in order to earn their place in a European competition," Comninos told insidethegames today.

"The Euroleague has a different model, based purely on business principals which guarantees teams participation irrespective of how they perform in the domestic competition.

"We cannot guarantee any team a position in the Champions League because they must earn a place through their national event.

"Another difference is how we believe the national teams should play a role in developing and promoting players through their domestic competition.

"We have the utmost respect for the FIBA calendar which has windows and breaks in the regular season in order to showcase the national teams, something the Euroleague does not feel the same way about.

"We as stakeholders in basketball in general have to represent the interests of the sport overall including the clubs, the leagues and the national teams as well.

"Those are key fundamental differences in our philosophy which represent institutional sporting principles whereas the Euroleague make their decisions on pure business sense."

This comes as the Basketball Champions League announced details and changes for the second edition of the tournament, which is due to begin later this year.

Iberostar Tenerife are the reigning champions after defeating Turkey's Banvit in the final at the Pabellón Insular Santiago Martín Arena on the Canary Island in April.

The number of participating teams in the regular season has been reduced from 40 to 32 in a bid to allow "more competitive games and a clearer competition system".

There will be four groups of eight teams.

The top four in each will qualify for the round of 16.

Teams placed fifth and sixth in each group will move into the Europe Cup.

Home grown players are those who have been registered with the National Federation of the club in question for at least three seasons between the ages of 12 and 20.

"This rule change is linked to the protection of the national competitions and the development of players," added Comninos.

"Basketball in Europe suffers too much from American exposure where a lot of players from the United States make their way over.

"In the past this could have been seen as a benefit but now we have to acknowledge that the new collective agreement in the National Basketball Association (NBA) makes it very difficult for the top players to come to Europe.

"The strength of the second tier league in the US also means players want to stay there which means the quality of the American players that do arrive in Europe is doubtful.

"That means it is the responsibility of European basketball to grow its own players and make sure the level of quality remains high."

Qualification rounds in this year's Champions League are due to take place from September 19 to 21, September 24 to 26 and September 29 to October 3.

The regular season will start on October 10 and conclude on February 7.

Once the regular season is completed one single round of 16 will be played, followed by the quarter-finals and the final four which is scheduled between May 4 and 6.