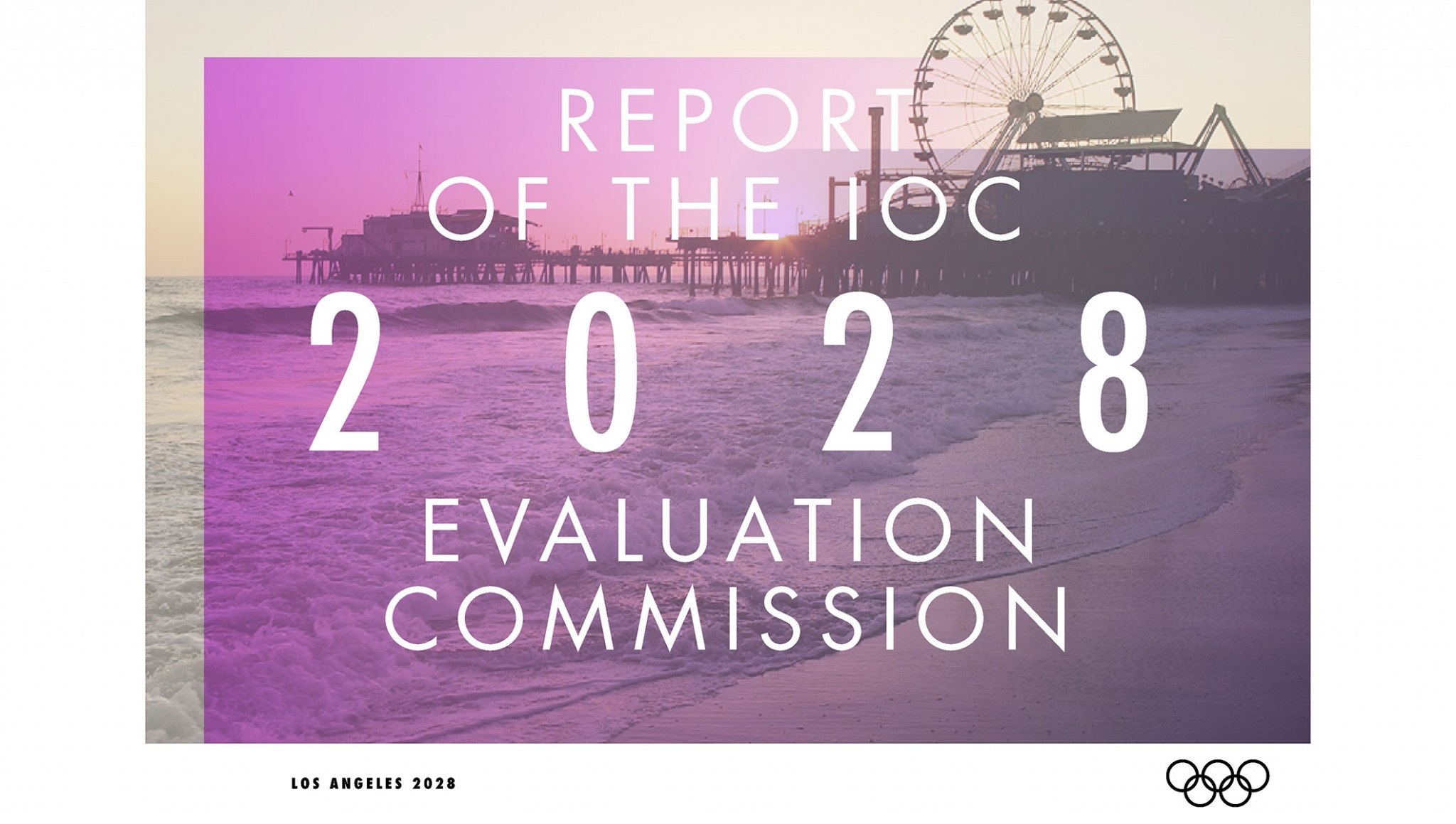 The report from the Commission, led by Switzerland's Patrick Baumann, marks another milestone on the path to the American city to being officially awarded the 2028 Olympics and Paralympics at the IOC Session here on Wednesday (September 13).

The Commission claim the "many opportunities presented by an Olympic Games 2028 in Los Angeles would far outweigh any potential risks of awarding the Games 11 years in advance instead of seven years".

The report also urges Paris - who will be formally named as hosts of the 2024 Games during the Session - and Los Angeles to "take full advantage of these opportunities and work in partnership with the IOC".

They added that this would help identify "additional cost savings and operational efficiencies".

The report revealed Los Angeles 2028 have not made any changes to their venue master plan from their initial proposal for the 2024 Games.

It confirmed the University of California, Los Angeles would remain the Olympic Village and their concept had "strong support from all levels of Government".

There are also no current changes to Los Angeles' $5.3 billion (£4 billion/€4.4 billion) budget for the Games, the report said.

Los Angeles 2028 has also agreed with the City of Los Angeles to provide a budget update in March of next year.

"The report confirms that Los Angeles is ready to host the Olympic Games 2028," Baumann said.

"Los Angeles of course builds on the strong proposal that was put forward for 2024, while providing all the necessary guarantees to make us confident that the Olympic Games can be awarded 11 years in advance."

Los Angeles 2028 will receive concessions from the IOC for hosting the later event.

This is according to the evaluation of the Los Angeles Bid Committee when taking into account the estimated value of existing sponsor agreements to be renewed and potential new marketing deals.

They will be exempt from other payments and will retain the option of selling domestic sponsorship in categories not covered by the IOC.

Last week, it was confirmed that California State would provide up to $270 million (£205 million/€224 million) in guarantees if Los Angeles 2028 goes over budget under new legislation.

The IOC are expected to begin their payments to Los Angeles 2028 on January 1.

"Our goal has always been to create a Games concept that fits the long-term needs of Los Angeles and its people, not change our city to fit the Games," Los Angeles 2028 chairman Casey Wasserman said following the publication of the report.

"Los Angeles' plan does not require building any new permanent venues, housing or infrastructure, so our transition to a 2028 bid presents only upsides.

"We can count on higher revenues, increased IOC contributions, and an investment of up to $160 million (£122 million/€134 million) to increase youth sports programmes in Los Angeles in the years leading up to the Games.

"This IOC Evaluation Commission report underlines what a historic opportunity Los Angeles 2028 is for the City of Angels and the Olympic and Paralympic Movements."

The full report is available here..