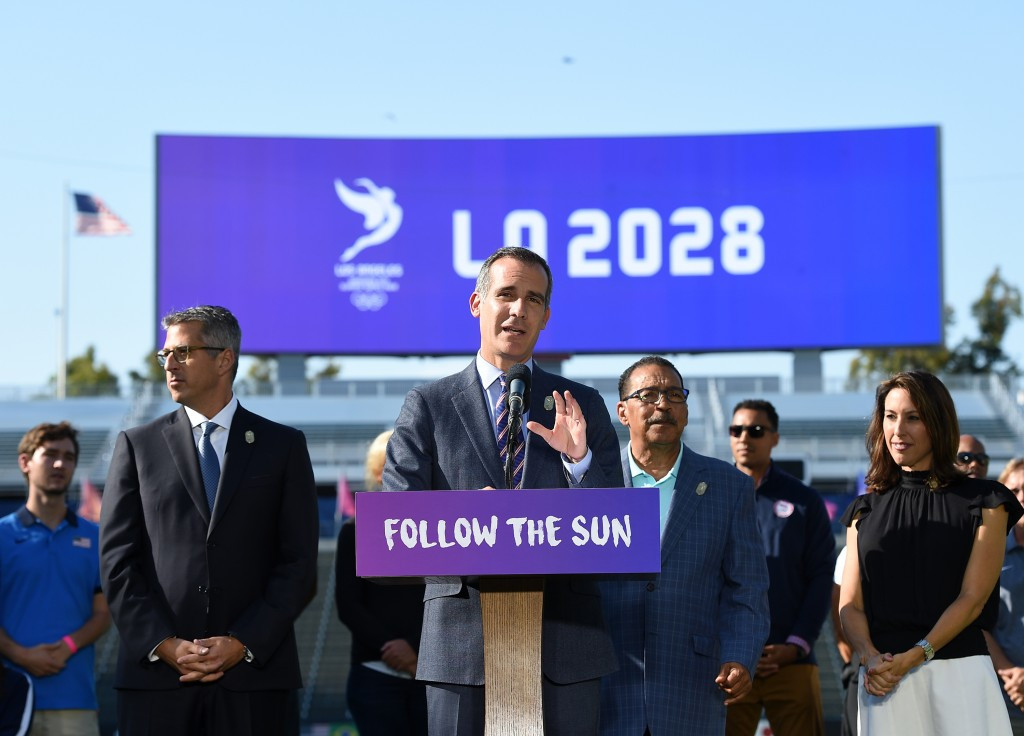 Los Angeles Mayor Eric Garcetti has claimed the 2028 Olympic and Paralympic Games will help take the Olympic Movement into a new generation as their delegation departed for the International Olympic Committee (IOC) Session here.

Los Angeles is due to be formally awarded the 2028 Games by the IOC at its Session on Wednesday (September 13), with Paris given 2024.

It will mean Los Angeles will become only the second city to host the Olympic Games three times, having previously staged them in 1932 and 1984.

Los Angeles then announced its candidacy for the 2028 Games, leaving the path clear for Paris to host the earlier edition.

"This is the moment Angelenos have been waiting for since we began our work to bring the Games back to Los Angeles," said Garcetti.

"Today, Los Angeles 2028 is taking the final step in our bid, and preparing to begin our 11-year journey as an Olympic Host City.

"I am thrilled to begin the next chapter of this process, which will usher the Olympic Movement into a new generation and lift up young people from every community in our city."

Los Angeles 2028 are scheduled to make their final presentation to IOC members on Wednesday.

They promise their plan will help create a "new Games for a new era".

They claim the presentation will harness the city’s unparalleled creative and storytelling assets to deliver the Olympics in a low-risk, fiscally responsible and sustainable way.

Los Angeles 2028 will receive concessions from the IOC for hosting the later event.

Last week, it was confirmed that California would provide up to $270 million (£205 million/€224 million) in guarantees if Los Angeles 2028 goes over budget under new legislation.

Los Angeles 2028 are set to be represented by their chairman Casey Wasserman, chief executive Gene Sykes and vice-chair Janet Evans in Lima.

"Everyone connected to LA 2028 is thrilled to be part of this win-win-win scenario for the Olympic Movement," said Wasserman.

"Every step of the way, Olympic Agenda 2020’s principles of sustainability, responsibility and youth engagement have been our guiding stars.

"That philosophy means we are ready to serve the Olympic and Paralympic Movements and the people of Los Angeles for the next 11 years.

"Together, Los Angeles, Paris and the IOC will demonstrate the Games’ enduring value to host communities."