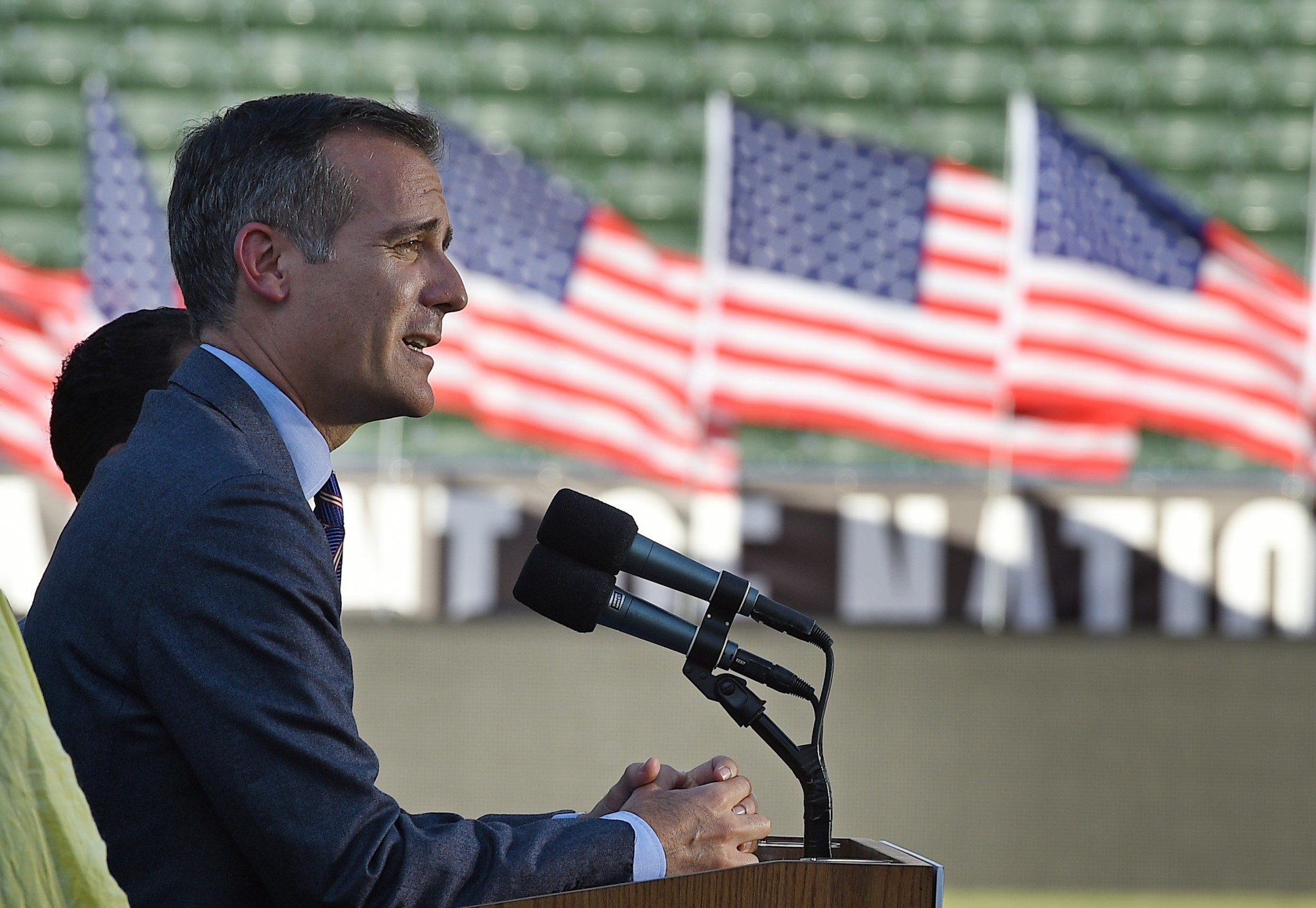 A Memorandum of Understanding (MoU) has been announced between Los Angeles 2028, the United States Olympic Committee and city authorities to define its preparation for hosting the Olympic and Paralympic Games.

If approved by the City Council tomorrow, this agreement will "enhance the strong provisions that were developed to protect the City of Los Angeles from financial risk when it was a candidate to host the Games in 2024".

It was announced last week that Los Angeles would bid to host the 2028 rather than the 2024 Olympics following an agreement with the International Olympic Committee (IOC).

This decision is expected to be officially approved at the IOC Session in Lima on September 13 - where Paris will be also be officially elected as hosts of the 2024 Olympic and Paralympic Games.

The new MoU lays out City Government representation on the Los Angeles 2028 Board of Director and gives the City consent rights over "significant" venue changes within the city.

Additional insurance and an independent review of the proposed Games budget, paid for by Bid Committee, is also required.

"My top priorities in this process are to protect Los Angeles taxpayers and create new opportunities for young Angelenos to play sports, and be healthy," said Los Angeles Mayor Eric Garcetti.

#FollowTheSun to #LA2028
A new chapter in the city's Olympic story
where dreams become reality,
ideas shape the future,
champions are made! pic.twitter.com/CWfMBb0ZNo

"This new MoU ensures that our City priorities remain front-and-center in LA 2028’s preparations for the Games.

Los Angeles is also receiving concessions from the IOC for hosting the later event.

Los Angeles 2028 will also be exempt from other payments and will retain the option of selling domestic sponsorship in categories not covered by the IOC.

The MoU also requires the City and LA 2028 to formalise an agreement to support this youth sports programming in the years leading up to the Games.

"The foundation we lay today will strengthen the relationship between our partners, ensuring that the City of Los Angeles has increased protections and expanded management over the next 11 years," added City Council President Herb Wesson.