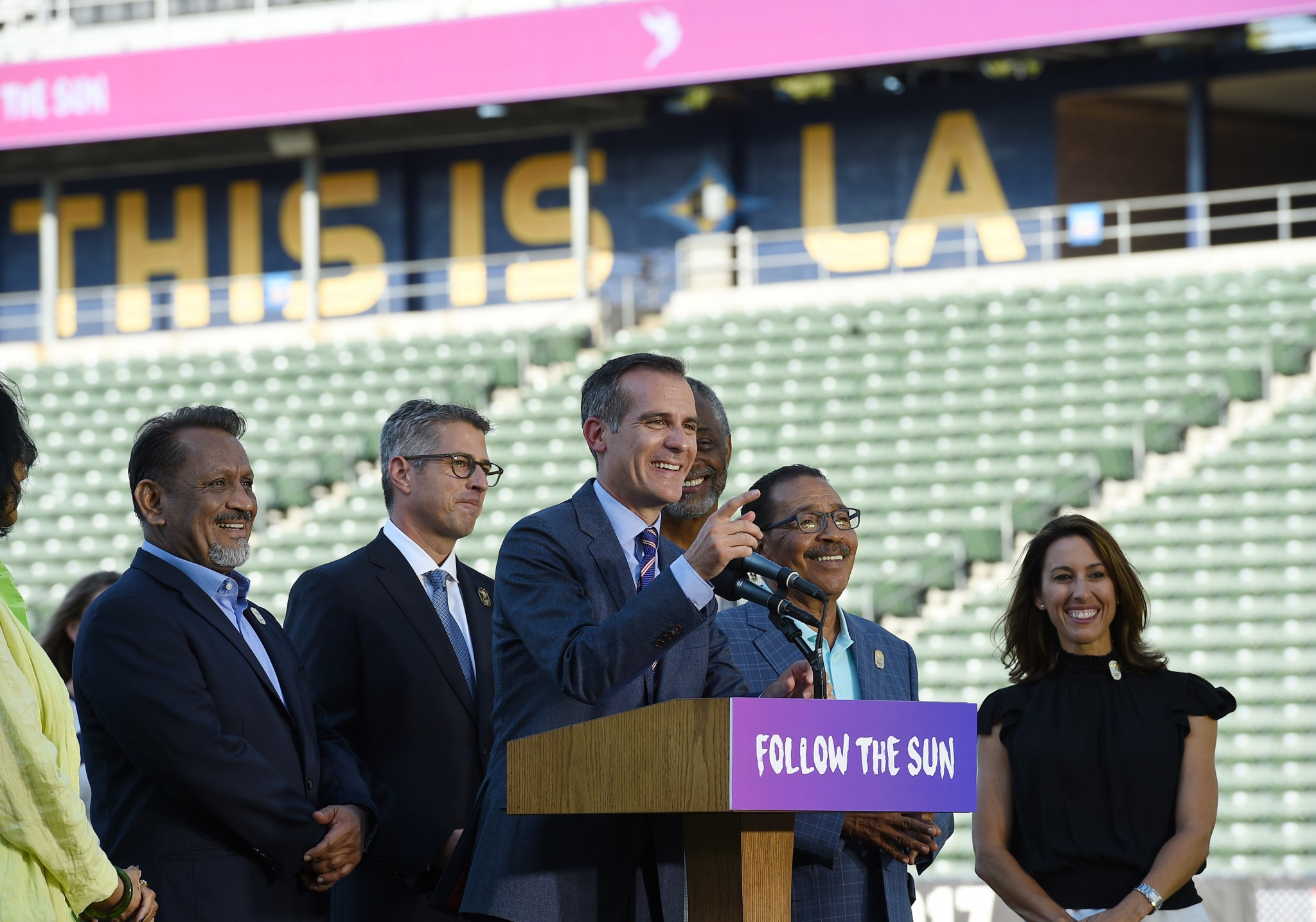 Los Angeles 2028 is calling for support from local citizens at tomorrow's meeting of the City Council Ad Hoc Olympic Committee, which will consider the bid for the Games in 11 years' time.

On Monday (July 31), the Los Angeles Bid Committee announced its intention to host the 2028 Games, meaning Paris will stage the event in 2024.

Officials must now approve a financial guarantee to seal the bid.

The first step in that process is the meeting of the City Council Ad Hoc Olympic Committee, which will be briefed on the agreement by LA 2028 at Van Nuys City Hall.

"Los Angeles' Olympic dream drew closer than ever this week as our Bid Committee, in cooperation with the International Olympic Committee (IOC), announced our intention for Los Angeles to host the Olympic Games and Paralympic Games 2028 and our agreement with the Host City Contract 2028," an LA 2028 statement, entitled "Time to make history", read.

"Now, we need your help to make that dream a reality.

"Bring your Olympic spirit to this important meeting."

That agreement will lay out the city’s relationship with Los Angeles 2028 and the yet-to-be-formed Organising Committee that will run the Games.

The city leaders say they expect to vote on the Host City Contract by late next week.

O'Farrell told the Los Angeles Times on Tuesday (August 1) he had yet to see the 2028 agreement or receive any analysis of it.

He suggested that neither he nor his colleagues would want to be rushed.

"I'm going to need to ask lots of questions and get clarification," O’Farrell said.

"So however long that takes is however long I will demand that we have enough time to weigh the merits of this agreement."

Krekorian, meanwhile, told the Los Angeles Times he expected the Council would have enough time for a thorough review.

The "increased unpredictability" that could come with hosting the Games four years later is his main worry at this stage.

"So that will be my concern.

"My concern will be, what is less knowable because of the extension of time?"

A recent public opinion survey found that 83 per cent of Los Angeles' citizens support the city's hosting of the 2028 Olympic and Paralympic Games.

The survey, accessible here, was conducted last month by the Thomas and Dorothy Leavey Center for the Study of Los Angeles at Loyola Marymount University (LMU).

It came prior to the news that the Los Angeles Bid Committee had announced its intention to host the 2028 Games, meaning that the IOC would advance funds to support Los Angeles 2028's $160 million (£121 million/€135 million) investment in youth sports programmes in the years leading up to the Games.

An LMU survey from February of last year found that 88 per cent of Angelenos supported Los Angeles hosting the 2024 Games.