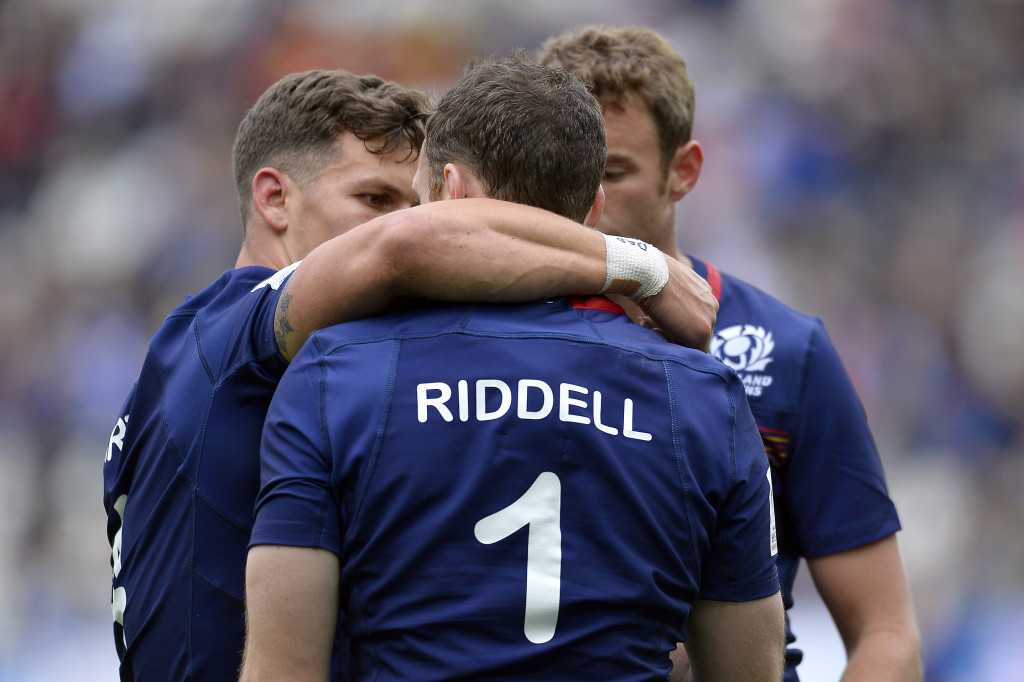 Scotland topped their pool for the second time this season as they shocked South Africa on the opening day of the penultimate World Rugby Sevens Series event in Paris today.

Should South Africa reach the final or win the event in Paris, then they would secure a second series crown and first since 2009.

However, the opening game in Pool A saw Scotland shock the Blitzboks 19-12 at the Stade Jean Bouin.

South Africa made amends later on as they eased past Japan 35-5, while Canada fell to the Scots shortly afterwards 26-19.

Scotland went on to beat Japan 31-14 in their final group game before South Africa eased past Canada later in the evening 31-7 to secure their quarter-final spot.

Action began in Pool D today with Olympic champions Fiji suffering a 17-19 defeat to Samoa after Tila Meoloi scored a late try before the resulting conversion sealed the win.

Samoa then went on to produce a second shock result of the day as they saw of Australia 21-14 before guaranteeing their place in the quarter finals with a 19-19 draw against Russia.

Australia were no match for Fiji in the last Pool D match, as tries from Kalione Nasoko and Vatemo Ravouvou in the second half put the game out of sight to finish 31-14 in favour of the Olympic champions, which saw them advance to the next round.

France moved into the last eight as well after recovering from their loss against England to beat the Spaniards and Kenyans.

In their opening match against Wales, the All Black Sevens eased their way to a 26-7 victory.

They and Argentina were tied at half-time after tries from Regan Ware for the All Black Sevens and Argentina captain Gaston Revol.

However, tries in the second period from Tim Mikkelson and Sam Dickson saw the Kiwis ensure a second win of the day.

New Zealand completed an unbeaten day one with a comfortable 27-14 win over the United States while the Americans also qualified in second place.

Action tomorrow will resume at the quarter-finals and will see Scotland play Fiji, England take on the US, Samoa against South Africa while New Zealand play the hosts.

Elsewhere, Canada, Argentina and Scotland confirmed their place at next year’s Rugby Sevens World Cup in San Francisco with just one qualifying spot left from the series, which looks likely to be filled by Samoa.