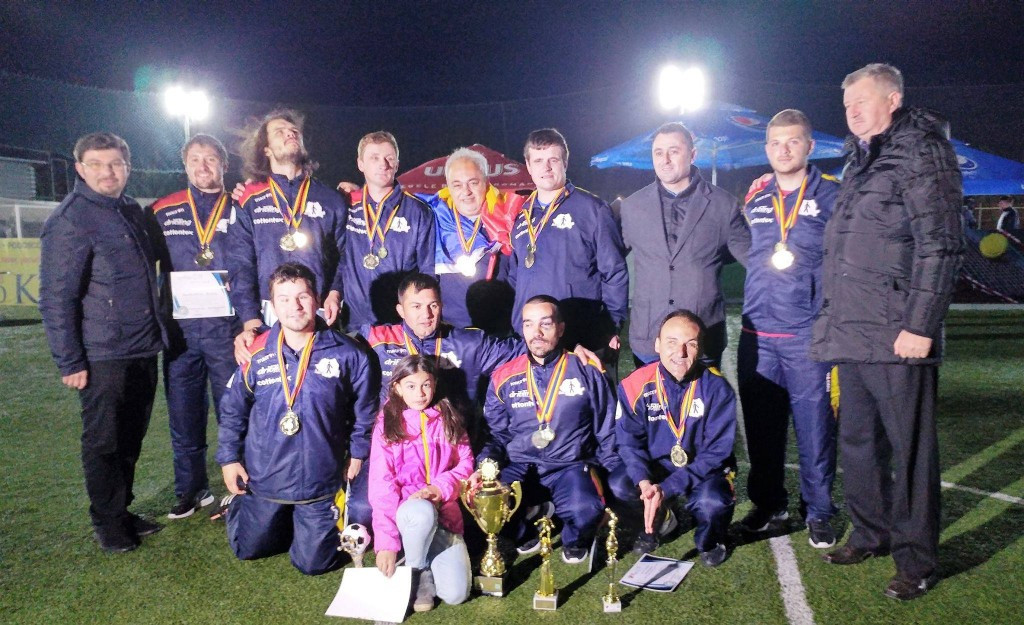 Romania triumphed at the IBSA Division Two Championships as they beat Georgia 1-0 in a hard-fought final, with Botez scoring the game's only goal.

Both finalists will head to the IBSA European Championships, due to be held in Berlin from August 17 to 27.

It marked Romania's second major title after they won the IBSA Euro Challenge in Thessaloniki in Greece last year.

Romania began their Group A campaign with a 2-0 win over Ireland before they were thrashed 5-0 by Georgia.

A comfortable 6-0 victory against Albania saw them qualify for the semi-finals, where they swept aside the Czech Republic to secure a spot in the tournament's showpiece match.

Georgia sealed a final berth by beating Greece on penalties after the match ended goalless.

They had finished in front of Romania at the summit of Group A by winning all three of their matches without conceding goal.

Georgia started in ominous form with a 7-0 hammering of Albania, before they swept aside Romania.

Their final group game was a tense affair as they claimed a narrow 1-0 win over Ireland.

A 5-2 win over Czech Republic saw Greece finish third, while Albania earned their maiden international victory by overcoming Ireland 1-0 in the fifth-place play-off.

This was due to finishing in top eight at the 2015 tournament in Hereford in England.

Turkey will be the defending champions in the German capital after beating Russia in the last final.