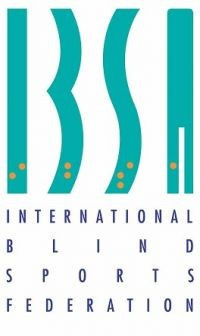 Hosts Romania will take on Georgia, Ireland and Albania after the draw was made for the International Blind Sports Federation's (IBSA) Football European Championships qualifier in Bacău.

The home team will welcome the three nations in Group A of the event, which is known as the IBSA Division Two Championships.

Action will take place between April 1 and 9 with Greece, Belarus, Moldova and the Czech Republic contesting Group B.

The top two teams from the tournament will progress to the European Championships, which will be hosted in German capital Berlin between August 17 and 27.

Matches will be played at the Lilli-Henoch-Sportplatz.

Ireland will be making their international debut in Romania, while Belarus will return to the five-a-side game after competing at the European Championships in 2009.

Greece, placed 24th in the world, are the highest ranked team competing.

Salvia Marion Wood-Lamont, the President of the Romanian Paralympic Committee, said: "This is the first major blind football event in Romania and a big step in the continuous campaign to promote Paralympic sports.

"Six of the teams are from the former Eastern European bloc and that makes it a real accomplishment for IBSA Europe Football.

"We thank IBSA Blind Football for choosing us as the hosts for this competition and we hope Romania will be considered for other major Championships in the future."

This was due to finishing in top eight at the 2015 tournament in Hereford in England.

Turkey will be the defending champions in the German capital after beating Russia in the last final.

Blind football provided a big moment for host nation Brazil at the Rio 2016 Paralympics in September.