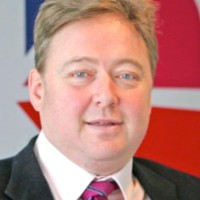 A Parasport Advisory Group set up by the Association of Summer Olympic International Federations (ASOIF), chaired by World Archery secretary general Tom Dielen, is due to hold its first meeting on Thursday (February 16).

Dielen told insidethegames the group's purpose is to "have a forum to establish common positions on Paralympic matters which should lead to increase the quality of the Paralympic Games".

It will include a representative from each of the 11 International Federations (IFs) who govern the Paralympic side of their sport.

"As all of the Federations involved govern their respective Para disciplines, in the quadrenium leading to the Paralympics they have a wealth of experience that can be shared through this platform," Dielen said.

"The role will therefore be very similar to the ASOIF Multi-Sport Games Working Group which has been very successful for the Olympic Games preparation."

The group is being led by the secretary general of an organisation which was among the leading IFs who were opposed to a imposing a blanket ban on Russian athletes at last year's Olympic Games in Rio de Janeiro.

They claimed at the time that it "goes against the principles of inclusion and fair play" and was made for political reasons.

The ASOIF setting up the Parasport Advisory Group comes amid plans to form an Association of Paralympic Sports Organisations to give IFs the chance to have their views represented within the Paralympic Movement.

The move has been welcomed by the IPC, who dismissed any possibility that the formation of the group would lead to divisions within Paralympic sport.

"The IPC welcomes the work of any group that leads to Olympic Federations focusing more and paying greater attention to Para Sport," an IPC spokesperson said in a statement sent to insidethegames.

"We look forward to this group, which only involves Olympic Federations, feeding its views into the soon to be formed Association of Paralympic Sports Organisations (APSO) which will be responsible for representing the views of all Paralympic sport federations within the wider Paralympic Movement."

The ASOIF confirmed the date of the first meeting of the newly-formed group during its Council meeting in Lausanne, where governance reforms and 2024 Olympic and Paralympic Games candidate cities presentations were also discussed.