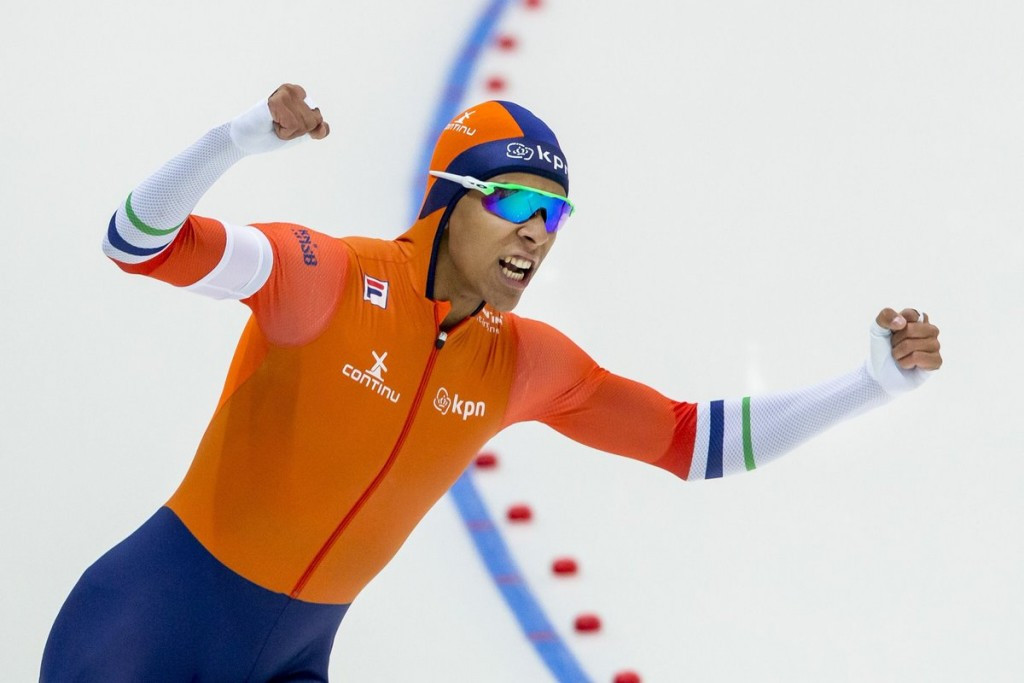 Dutchman Dai Dai Ntab collected his maiden victory in the men’s 500 metres event, Japan's Miho Takagi did the same in the women's 1,000m and Canadian Vincent De Haitre claimed his first title in the men’s 1,000m.

Ntab surprised himself and the sport's sprint elite with his career first World Cup gold in the men's 500m final at the arena in Kazakhstan, ranked the best speed skating venue in the world.

The Russian world champion finished third in 34.61, with compatriot Ruslan Murashov in second place in a time of 34.57.

Kulizhnikov, winner of only one 500m World Cup race so far this season, still leads the overall standings with 300 points.

As a result of his victory, Ntab climbed to fifth place with 167 points.

Another skater from The Netherlands, Marrit Leenstra, took the bronze medal in 1:15.82, while the rest of the field failed to finish below the 1:16.00 mark.

A host of star names were absent in this event in Astana with both Brittany Bowe of the United States and Japan's Nao Kodaira missing through injury.

The Netherlands' Jorien ter Mors, the 1,000m world champion, seemed the favourite to take the gold but she failed to produce as Takagi stole the crown.

In the men’s 1,000m, Vincent De Haitre handed Canada their first win of the season as he celebrated his first individual World Cup gold.

Kulizhnikov took silver to add to his earlier bronze medal, while Japan's Takuro Oda secured his career first podium place with the bronze.

De Haitre, who also represents Canada in track cycling, produced a time of 1:08.90 when he defeated American Joey Mantia in their race.

Kulizhnikov had to skate alone in the final pair because Dutch opponent Kai Verbij was injured in his 500m race.

The Russian, third in the first two 1,000m races this season, was faster than De Haitre at the 200m and the 600m split but could not match the Canadian’s final lap as he crossed the line in 1:08.99.

In the penultimate race of the day Takagi, Nana Takagi and Misaki Oshigiri handed Japan victory in the women's team pursuit.

The Netherlands, winner of the first two World Cup races this season, could not field their strongest line-up with Ireen Wüst absent and they struggled from the start.

Linda de Vries found it tough to match the speed of Marrit Leenstra and Antoinette de Jong in the first lap and the Dutch team failed to find a steady rhythm.

Russia’s Natalia Voronina, Yelizaveta Kazelina and Olga Graf attempted to take advantage, but the Dutch somehow managed to hold on.

The Netherlands retained their World Cup lead with 280 points, ahead of the Russians who occupy second with 220 while Japan complete the top three with 180.

The Japanese men followed their female compatriots’ example, when they won the team pursuit in the final race of today.

After missing the bus to the ice rink, the Dutch team of Jan Blokhuijsen, Evert Hoolwerf and Arjen Stroetinga failed to prepare properly for the event.

After winning the opening two World Cup races this season, The Netherlands were behind South Korea halfway the race in the final pair when Hoolwerf crashed out meaning they failed to complete the race.