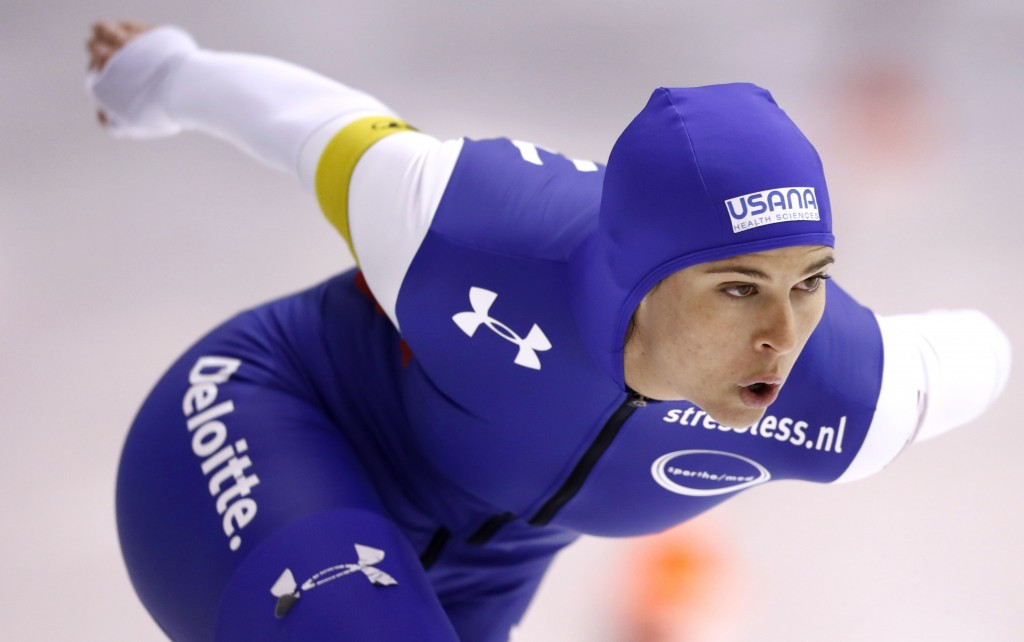 Bowe was forced to miss the opening two legs of the season in Harbin and Nagano through injury, with the 28-year-old recovering from a concussion she suffered during offseason training.

The setback leaves the American with work to do as she seeks to retain her overall 1,000 and 1,500 metres titles, which she claimed last year.

In her absence, Bowe’s team-mate Heather Bergsma has proved dominant by claiming gold medals in both events at the opening two legs of the series.

Their battle is set to provide one of the talking points of the weekend’s action in Astana, with the competition taking place from tomorrow until Sunday (December 4).

Canada are also hopeful of success for Ivanie Blondin, who has appeared on the podium three times so far this season.

The 26-year-old opened her season with gold in the mass start and a bronze in the women’s 3,000m in Chinese city Harbin.

Blondin, the reigning mass start world champion, then went on to earn silver in the discipline in Nagano behind Bo Reum-Kim of South Korea.

The Canadian is due to have a busy schedule this weekend, as she will also contest the 1,000m and 3,000m events in Astana.

Competition is due to get underway tomorrow in Kazakhstan’s capital city with the first women’s 500m and a 3,000m race, as well the men’s 5,000m.