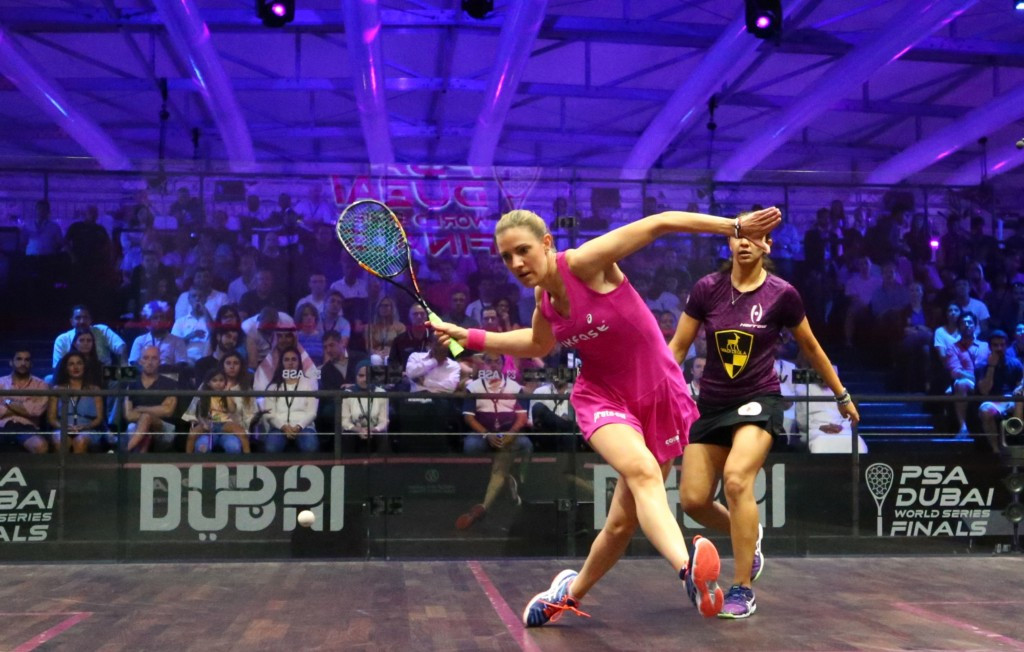 The world number two had avenged her loss to Nour El Sherbini in April’s World Championship final yesterday, with a straight games victory, but she was forced to come through a sterner test against the Egyptian's compatriot.

El Welily, the fourth seed, battled impressively to win the opening game 11-9 but was unable to maintain the high standard in the second as Massoro quickly drew level.

The Englishwoman found herself having to come from behind again after losing the third game 11-5 and was on the verge of defeat, with both players proving inseparable as the fourth headed towards its conclusion.

France’s Gregory Gaultier triumphed in the men’s final after avoiding an upset against Australia’s Cameron Pilley.

Pilley, who was the lowest ranked player in the eight-man competition, had stunned world number one Mohamed Elshorbagy of Egypt in straight games yesterday.

However, his hopes of claiming the overall title looked distant after he was brushed aside in the opening two games by the second seeded Frenchman.

The Australian briefly threatened an unlikely turnaround when he earned the third game 11-8, but he was unable to level the contest as Gaultier regained control to seal an 11-4, 11-5, 8-11, 11-6 triumph.