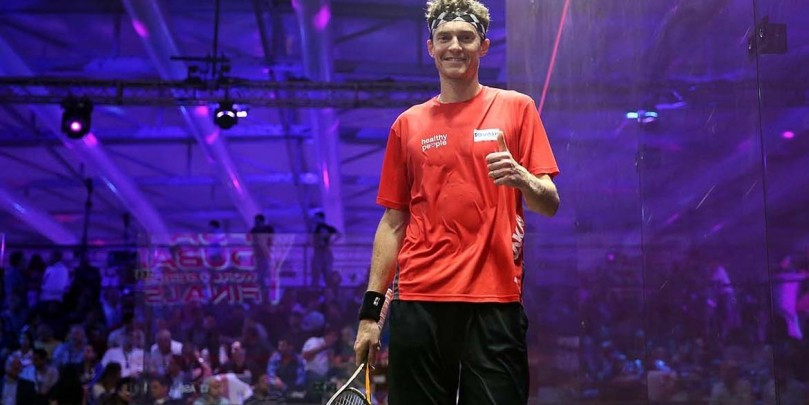 The Egyptian proved unable to fight back into the contest, as Pilley took control of the contest on route to earning the second 11-5.

Pilley will face the challenge of second seed Gregory Gaultier in tomorrow’s final, with the Frenchman claiming a 11-7, 11-7 win over Colombia’s Miguel Angel Rodriguez.

In the women’s event, Laura Massaro avenged her defeat in last month’s World Championship final as the Englishwoman claimed an impressive victory over Egypt’s Nour El Sherbini to book her place in the final.

It came as no surprise that their latest clash proved a close affair, with Massoro triumphing in a tie-break to win the opening game of the match 12-10.

After opening up an advantage in the second game, the world number two closed on victory in the best of three game tie.

She was able to hold her nerve despite pressure from her Egyptian opponent to secure the 12-10, 11-6 victory to book her place in tomorrow’s final.

It was a tough battle through the middle of both games, and after the World Championship, where I was 2-0 up, it was quite heart-breaking, but on the plus side in the best-of-three I knew I could go 2-0 up again.

“I’m happy with the way I played, I feel like I put some really good work in since the World Championship and it’s always nice to turn the result over.”

Massaro will now face the challenge of Egypt’s Raneem El Welily, who ended Nicol David’s attempts to claim a fourth straight title at the event.

El Welily had been forced into a deciding game in the encounter, but battled through to eventually triumph 11-5, 8-11, 11-8.