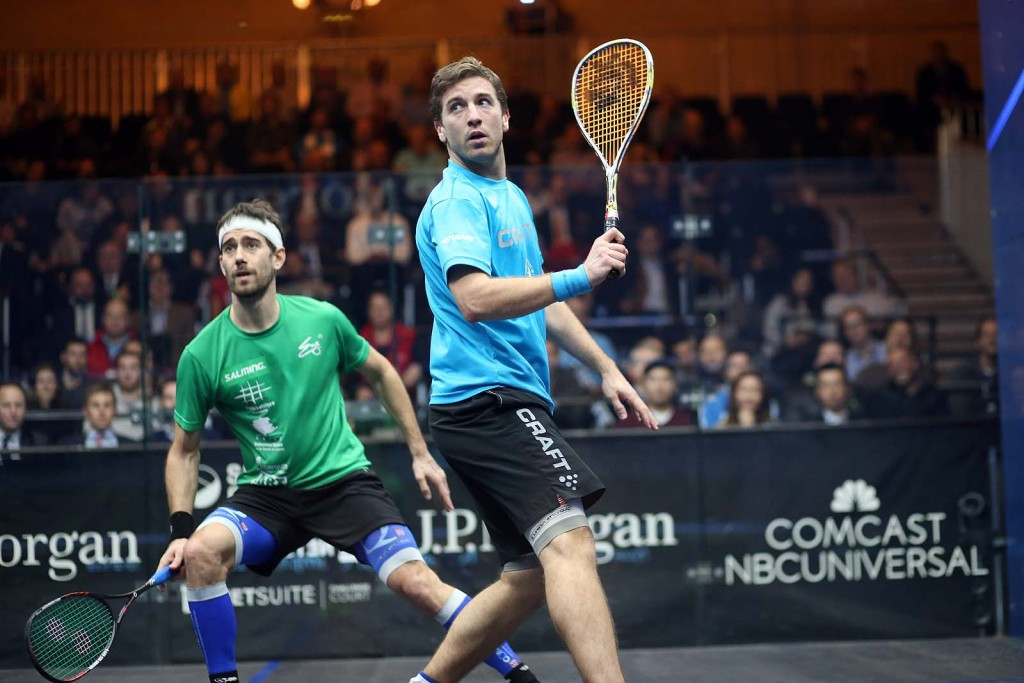 Frenchman Mathieu Castagnet sealed his place in a semi-final of a Professional Squash Association (PSA) World Series event for the first time as he beat Borja Golan of Spain in straight games at the men’s Tournament of Champions at Grand Central Terminal in New York City.

Castagnet, the seventh seed, produced a fine display on his way to a dominant 11-9, 13-11, 11-4 victory to set up a meeting with world number one, Egypt's Mohamed Elshorbagy, in the last four.

The result ended Golan's pursuit of the title after he caused one of the shocks of the tournament when he overcame world number five Miguel Angel Rodriguez of Colombia in the first round on the opening day.

“I can’t believe it,” the French number two said.

“I might need another day off to make sure that I am in good shape for the semis!

“I’m going to try to sleep and think of something else so I can prepare for my match.

"It’s not finished yet - I need to prepare for the next round and try to reach the final by beating the world number one.”

Elshorbagy, meanwhile, was made to work hard for his semi-final place as he came up against compatriot Omar Mosaad and struggled early on in the encounter, dropping the opening game.

The result means the Egyptian remains on course for an 18th PSA World Series crown.

“I can’t wait already to be back here and playing in front of everyone again.”

In the women’s competition, number two seed Nicol David of Malaysia is safely through to the quarter-finals after she dispatched Annie Au of Hong Kong 11-2, 11-5, 11-9 in just 27 minutes.

Castagnet’s compatriot Camille Serme, seeded fourth, survived a brief scare in her match with Emily Whitlock of England as she progressed thanks to a 11-6, 11-5, 8-11, 13-11 triumph.

“I think that Emily wasn’t really in the match in the first two games,” Serme said.

"Suddenly she played better and used the height more and I got surprised.

“The rallies were longer and tougher and I just had to stay in the game.

"In the last one I’m happy I came back.”