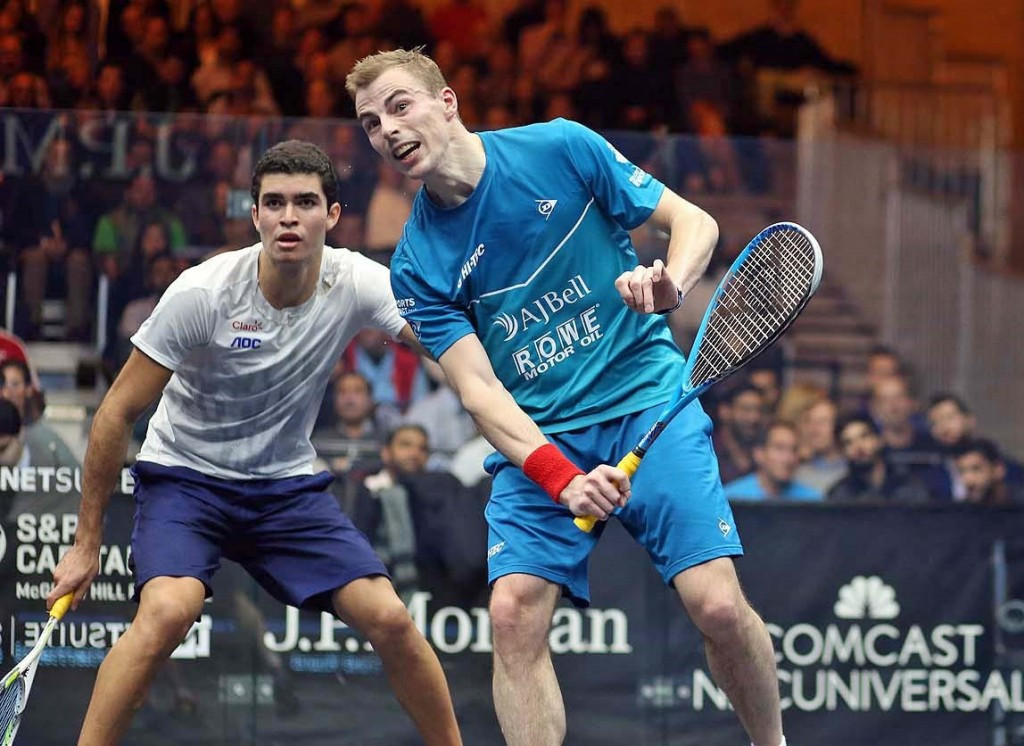 The Englishman, the runner-up last year, started impressively against his 19-year-old opponent by taking charge of the opening game, which he won 11-5.

Elias, though, began to display the form that propelled him to the world junior title and a silver medal at last year's Pan American Games, battling strongly take the second game 11-8.

Matthew’s experience shone through in the next two games, however, as he was able to edge away from the world number 41 to eventually book his place in the second round with a 11-5, 8-11, 11-3, 11-8 victory.

“I’ve seen him play and I’ve trained with him before but he surprised me tonight with how well and how long he managed to stick with the pace and hang in the match,” said Matthew.

“He showed a very mature all-round game and the quality of his play on the back foot was impressive.

“In the next round I need to make sure that I step on the gas when I’m ahead in games and not allow the opponent a chance to get back into it.

“All credit to him for how he fought back, especially in the second, but certainly a few things for me to work on ahead of the second round.”

Matthew was rewarded for his victory with a second round tie against Karim Abdel Gawad, while France’s Gregory Gaultier was also handed Egyptian opposition in the form of Fares Dessouki after a straightforward first match.

The 23-year-old, crowned world champion for the first time in November, brushed aside India’s Ramit Tandon 11-4, 11-6, 11-3 to get his campaign off to an ideal start.

Further Egyptian success was achieved by Karim Abdel Gawad after he defeated England’s Daryl Selby in a thrilling five-game match, which eventually ended 11-7, 9-11, 11-4, 3-11, 11-8 in favour of the African player.

Competition is due to continue tomorrow with the second round, with the final scheduled to be held on January 14.