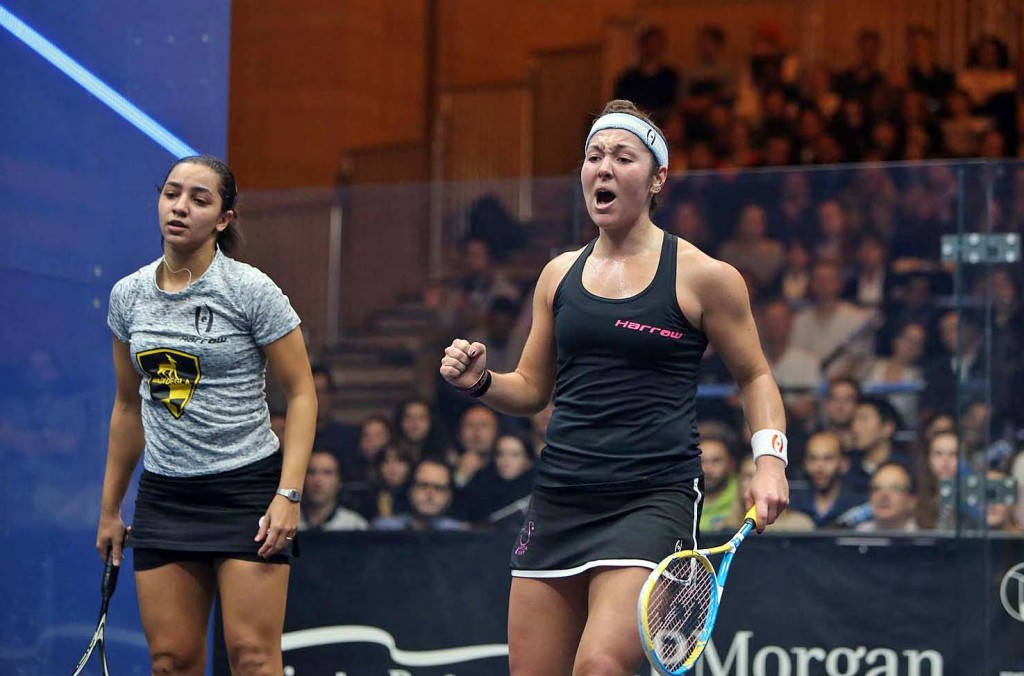 Egypt’s Raneem El Welily saw the defence of her J.P. Morgan Tournament of Champions title come to an abrupt end after suffering a second-round defeat at the hands of the United States’ Amanda Sobhy at Grand Central Terminal in New York City.

The world number two was a hot favourite to retain the crown she won in convincing fashion 12 months ago, but it was Sobhy, playing without fear, who wrote her name into Tournament of Champions folklore with a 3-1 triumph in her home city.

After taking the opening game 11-5, the triple Toronto 2015 Pan American Games gold medallist pressed on the front foot and, despite dropping the second, looked every bit the genuine title contender her current career-high ranking of number eight suggests.

The recent Harvard University graduate, who only transitioned to life as a full-time professional last summer after completing a degree in social anthropology, played with devastating attacking precision as she reeled off winner after winner to seal victory in 40 minutes.

"I’m a little shocked to be honest because the last three times we’ve played it has not gone well for me at all and to get the win today was way above what I expected," said Sobhy, who lost 3-0 against the then world number one El Welily last month when they met in the quarter-finals of the 2015 Hong Kong Open.

"I knew I had nothing to lose against her and I couldn’t have done any worse than the last time we played in Hong Kong so I just went out there and tried to stick to the game plan.

"I had to go out of my comfort zone and mix up the pace to get her on the back foot and I’m very, very pleased that it paid off.

"It’s definitely one of, if not the single, biggest wins of my career.

"She’s a phenomenal player, she won here last year and she’s been world number one but I felt relaxed and knew I had my coach, my friends and the crowd behind me so I was excited to go in there and do my best."

Sobhy will face England’s Alison Waters in the last eight after she recorded a comfortable 3-0 victory over Malaysia’s Delia Arnold.

Waters' compatriot Laura Massaro, the current world number one, came through a difficult second round match with Frenchwoman Coline Aumard during which she struggled to find her best form.

Massaro looked on course to seal a straightforward victory after she dominated the first game, taking it 11-3, but found herself embroiled in a tense battle from there on in and had to use her big match experience to save game ball in the fourth and progress after a hard-earned 3-1 win.

In the men’s draw, hard-hitting German Simon Rösner pulled off one of the most impressive wins of his career to defeat 2010 champion James Willstrop and book a quarter-final berth against France’s Grégory Gaultier, the reigning world champion.

Rösner and Willstrop played out an 80-minute thriller which came to a crescendo during a fourth game that saw the German squander four match balls before saving three game balls to finally secure the win 9-11, 11-4, 11-3, 16-14.