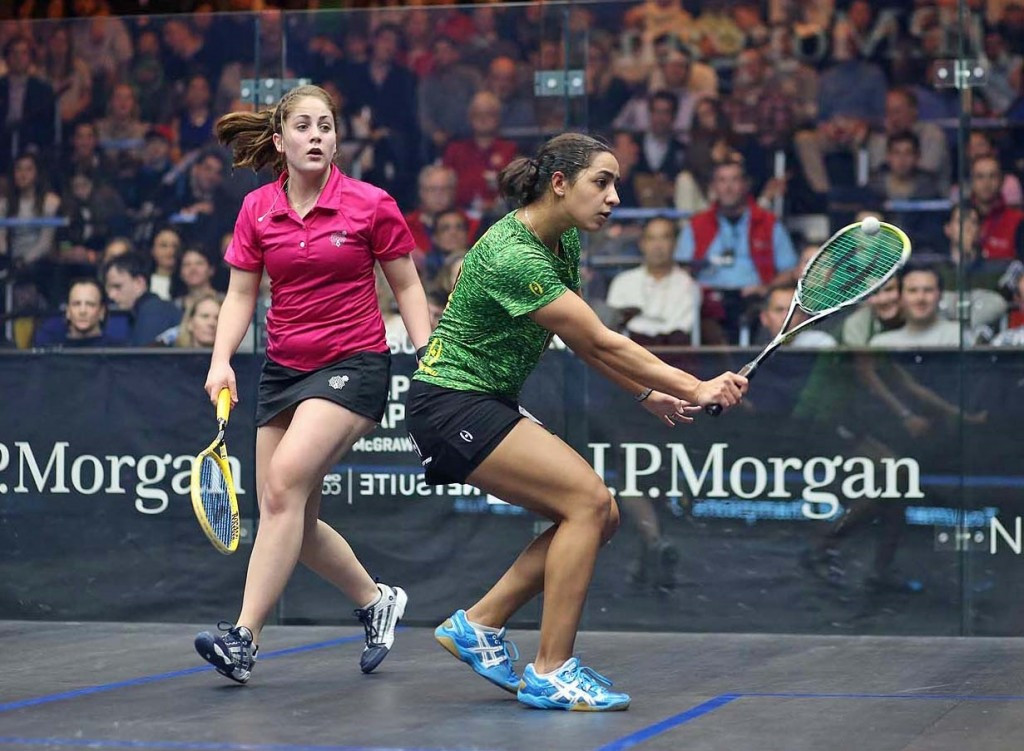 Having dropped to second in the world rankings, following a dip in form towards the end of 2015, the Egyptian looked back to her best by dispatching of her first round opponent in impressive style.

El Welily prevented Evans from sensing even the smallest chance of an upset, quickly rattling through the games to earn a straightforward 11-6, 11-6, 11-5 victory.

“I’m really happy to be back here in New York,” the Egyptian said.

“It’s a great crowd, great venue and great atmosphere to play in and I’m happy with how I played today.

“I was trying hard to make sure I moved up the court and increased the pace and I’m glad that it worked, it’s a good start and hopefully I can keep it going.”

England’s Laura Massaro, who replaced El Welily as world number one at the start of the month, appeared to be enjoying her new statues as she recorded a 11-6, 11-3, 5-11, 11-7 victory over home favourite Olivia Blatchford.

A comfortable first day of competition for the favourites for the women’s title was completed by Malaysia's Nicol David, who produced a ruthless performance against England’s Victoria Lust.

It followed the upgrading of the women’s event to upgrading to Professional Squash Association World Series status.

There were no shocks in the first four men’s second round ties to take place, with the world number one Mohamed Elshorbagy defeating Australia’s Cameron Pilley.

The Egyptian had beaten the same opponent to win the Hong Kong Open title in December and made light work of his challenge in New York City, cruising to an 11-5, 11-9, 11-9 win.