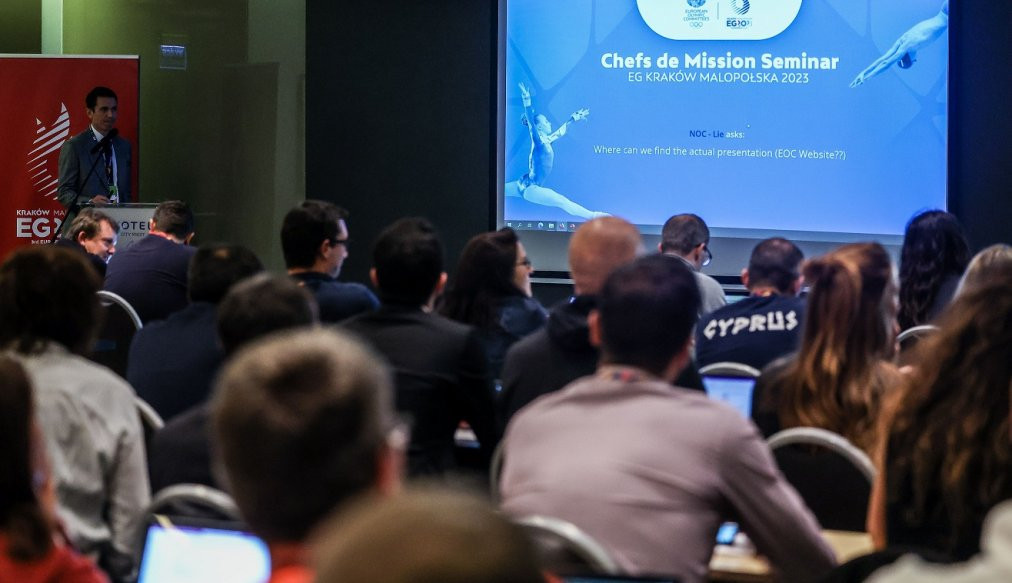 Delegation representatives for the Kraków-Małopolska 2023 European Games have met in the Polish city at a Chefs de Mission seminar to visit the facilities for next year's event.

There were officials from 48 countries set to compete at the European Games present at the meeting.

The Organising Committee began the event by updating participants on the state of preparations for the event.

It also presented an opportunity to familiarise the Chefs de Mission with the accreditation process, volunteer programme, and logistical solutions for travel between different venues.

Visits to the facilities were also organised, with delegates given the option to travel to whichever venue they chose of those on offer.

Of those, the Wielka Krokie in Zakopane, the Strzelecki Park in Nowy Sącz and the Stadion Miejski im. Henryka Reymana in Kraków were visited.

They are due to stage ski jumping, breaking, and rugby sevens, respectively.

The Stadion Miejski im. Henryka Reymana is also due to hold the Opening and Closing Ceremonies.

The venue is due to undergo a revamp in time for staging the Opening Ceremony of Kraków-Małopolska 2023 in just seven months' time, scheduled for June 21.

However, the tendering process for the redevelopment is yet to be completed, casting doubt over whether it will happen in time.

Sports Infrastructure Management, a Kraków City Council body, is due to conduct talks with bidders with the aim of securing a contractor but has yet to finalise a deal.

The winning bidder will be tasked with carrying out the work that is estimated to cost almost PLN90 million (£16.7 million/$19.9 million/€19.1 million).