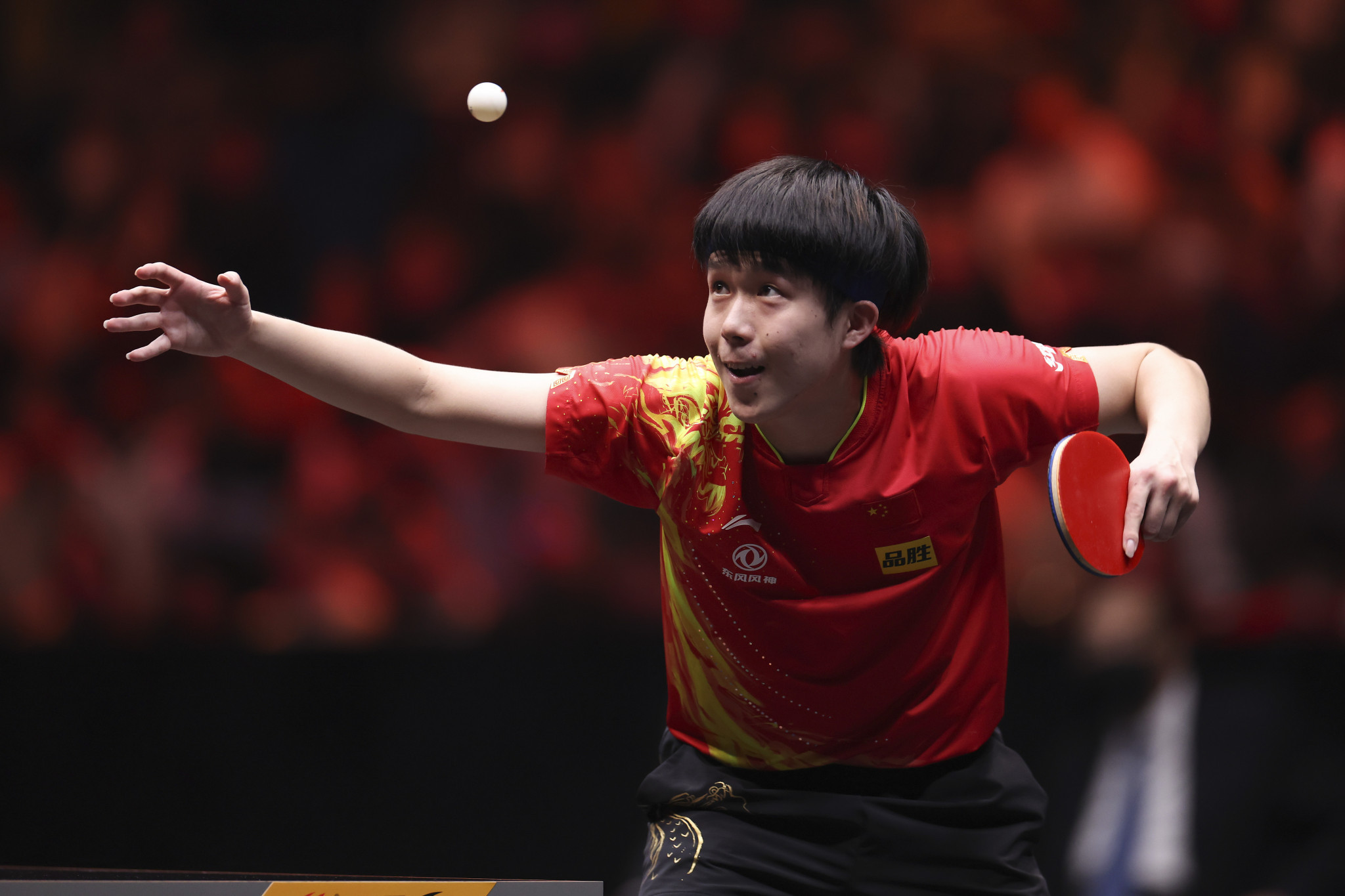 Wang Chuqin and Sun Yingsha secured a clean sweep for China as they won the respective men's and women's titles at the World Table Tennis (WTT) Cup Finals in front of a passionate home crowd in Xinxiang.

Wang met Japan's Tomokazu Harimoto, the only player to beat him this month, in the men's gold-medal match at the Infinity Arena.

"I think myself and Harimoto played an excellent match today, and I would like to thank all the spectators and my fans here in Xinxiang," said Wang.

"I deserve to be happy and excited tonight.

"I have learnt a lot from these past few tournaments, so there's a lot on my mind but I need to take some time to reflect and summarise my performance."

It is Wang's third WTT Series title of the year, adding to his successful campaigns at the Star Contender and WTT Champions Macao tournaments.

The result also sees him climb to a career-high position of world number three in the world rankings, leapfrogging Harimoto in the process, who leaves the WTT Cup Finals as runner-up for the second year running.

Sun Yingsha was victorious against her compatriot and Tokyo 2020 champion Chen Meng in a rematch of the Olympic final.

"I think both Chen Meng and I played to our best abilities.

"This was indeed a very tough match.

"I had good lead but then she came back, and then in the final game she saved three match points, so I'm very happy to win."

The win means that Sun has collected her second women's singles trophy of the year, and comes just a week after her triumph in Macao.