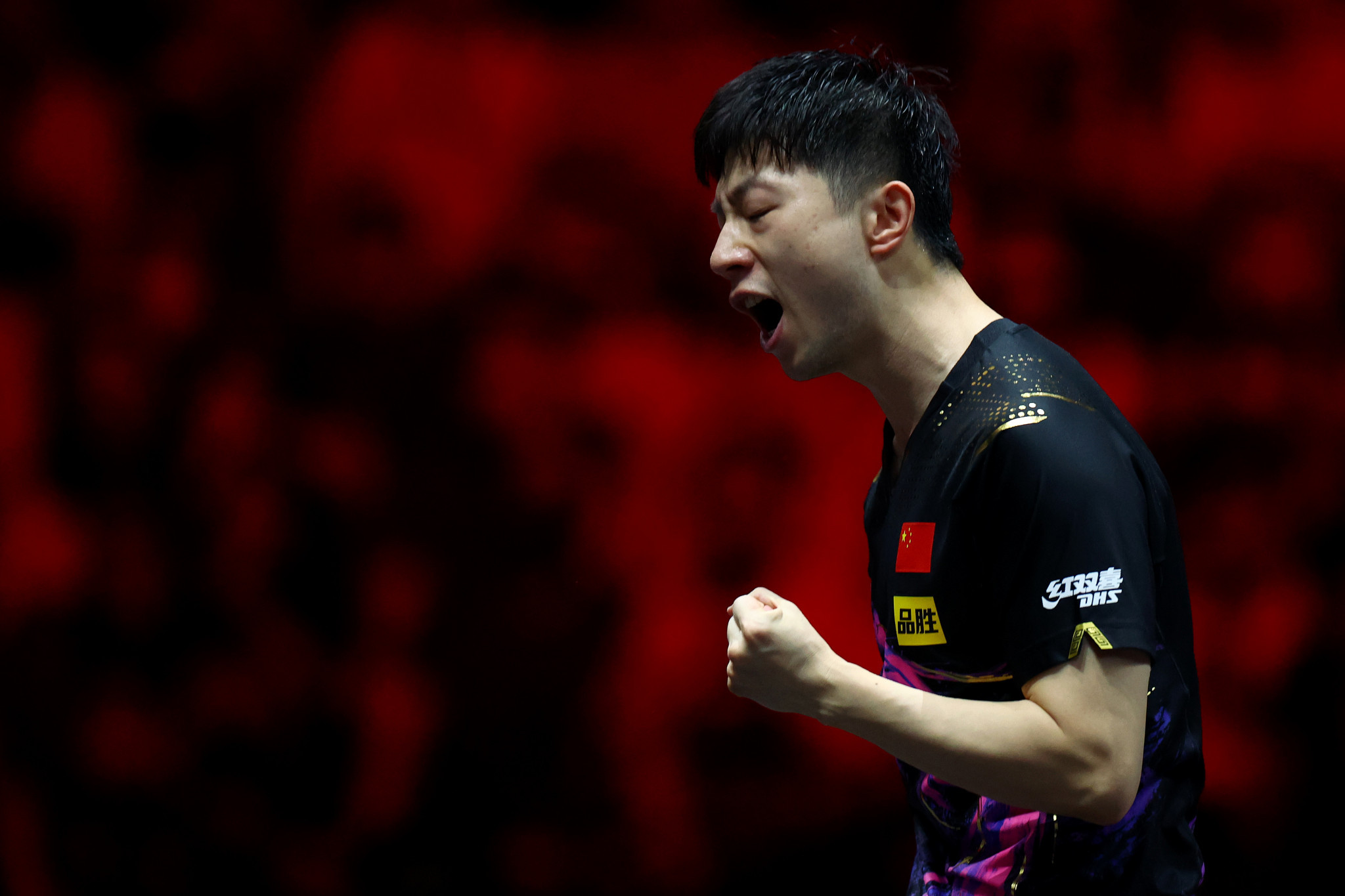 Reigning Olympic champions Ma Long and Chen Meng recovered from slow starts to advance to the quarter-finals of the World Table Tennis Cup Finals in Xinxiang.

The Chinese duo, both seeded second in the respective men's and women's draws, came from a game down before overcoming their opening-round opponents at the Infinity Arena.

Ma, a five-time Olympic gold medallist, lost a tight first game before edging the second as he went on to complete a 9-11, 12-10, 11-2, 11-5 victory over Slovenia's world number nine Darko Jorgić.

There were no such problems for defending champion Sun Yingsha of China who powered to a 11-8, 11-4, 11-6 victory over Germany's Nina Mittelham.

Chen Meng avenges her teammate's #WTTChampions loss last week to Jia Nan Yuan, taking a 3-1 win to advance to the #WTTXinxiang Quarterfinals with the others in the #Final8?

Chen Xingtong of China has been rewarded with a quarter-final battle against namesake Chen after seeing off Xiaoxin Yang of Monaco 11-9, 9-11, 11-7, 11-5.

Japan's Tomokazu Harimoto and Germany's Timo Boll are set to do battle in the quarter-finals after beating German Patrick Franziska and China's Lin Gaoyuan respectively.