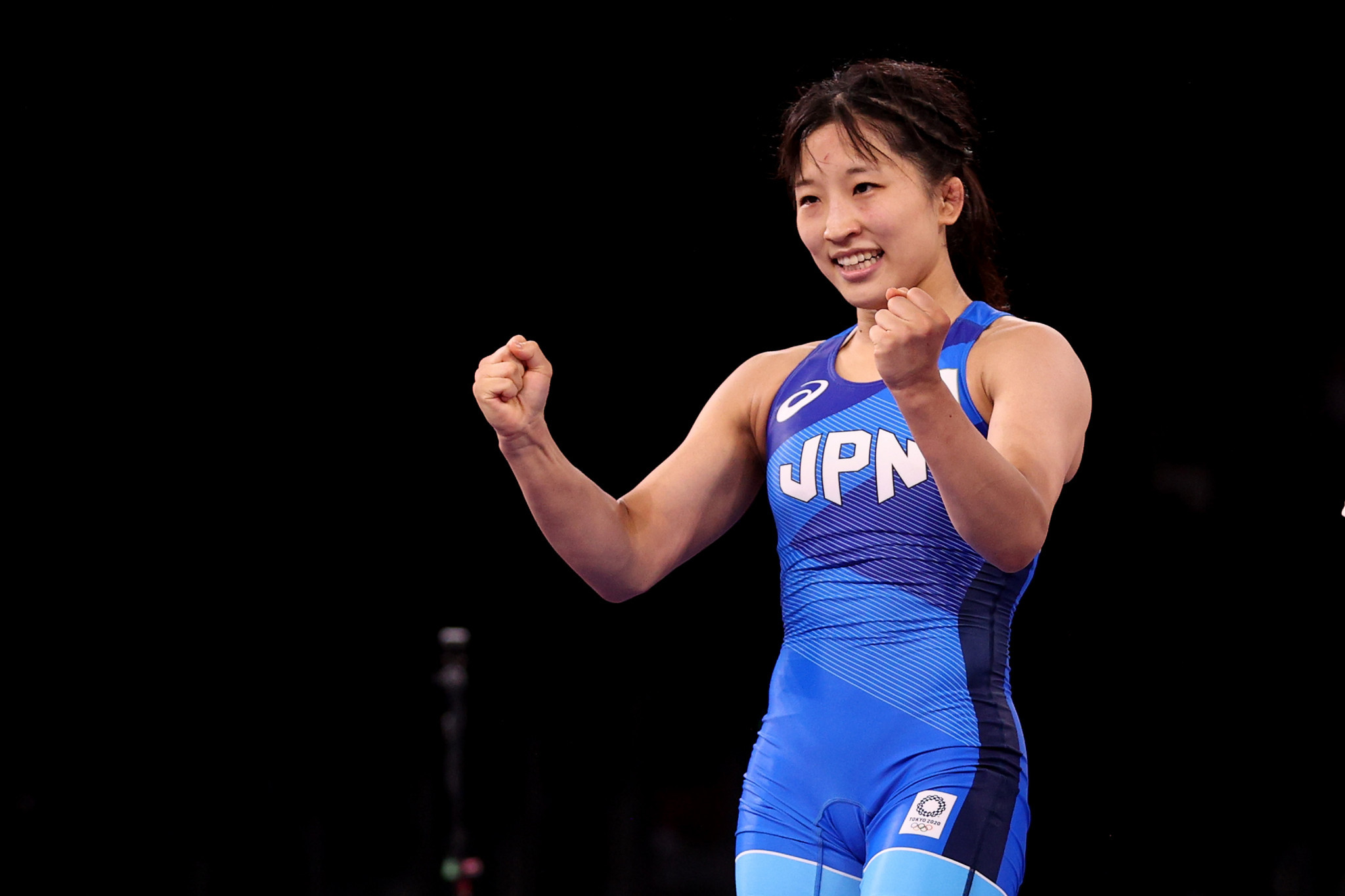 Susaki regained her 50 kilograms title that she won in 2018 with a victory by fall against Mongolia's Otgonjargal Dolgorjav at the Štark Arena.

She has now won three gold medals at the World Championships, having also triumphed at 48kg in Paris in 2017.

Tokyo 2020 bronze medallist Sarah Hildebrandt of the United States earned bronze by thrashing Romania's Alina Vuc 10-0, and was joined on the podium by Poland's Anna Łukasiak after she edged past Nigeria's Mercy Genesis 3-2, her opponent arriving in Belgrade having won Commonwealth Games gold in Birmingham last month.

Morikawa had to settle for silver at last year's World Championships in Oslo, but the 65kg Asian champion went one better by beating China's Long Jia 2-0.

Adar was formerly 75kg world champion in 2017, and is the reigning European champion at 76kg.

Yuka Kagami of Japan earned bronze in the same weight category with a 4-0 victory over Ecuador's Génesis Reasco, while Estonia's Epp Mäe won her fourth World Championships medal with a 2-1 win against Justina Di Stasio of Canada.

The US' Dominique Parrish was the other gold medallist on the fifth day of the Championships, claiming victory in the women's wrestling 53kg event.

She beat Mongolia's Batkhuyagiin Khulan 4-2 in the final.