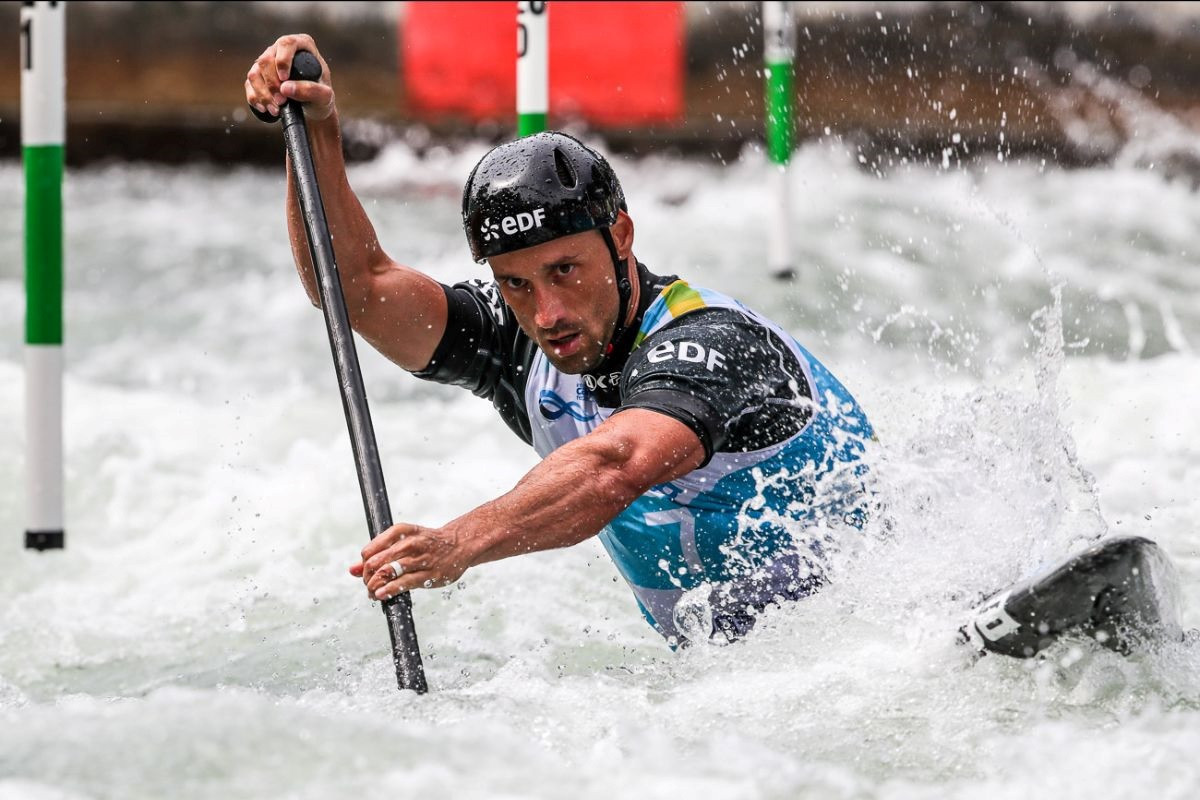 Olympic champion Denis Gargaud-Chanut showed the sort of form that saw him claim gold at Rio 2016 as he topped men’s C1 qualifying at the International Canoe Federation Canoe Slalom World Championships in Augsburg.

The Frenchman posted the fastest time of 1min 31.93sec to overcome the challenge of reigning Olympic gold medallist Benjamin Savšek of Slovenia at the German venue.

Savšek, who triumphed at Tokyo 2020, finished 1.41 behind Gargaud-Chanut, while two-time Olympic medallist Sideris Tasiadis of Germany will go into the semi-finals on Sunday (July 31) as the third fastest qualifier.

"I didn’t push too hard, I just wanted to avoid the second qualifying run, because I’ve done two or maybe three already this year," said Gargaud-Chanut.

"I’ve been a bit frustrated this year with my results, but overall I’ve been happy with the way I have been paddling.

"There’s just small mistakes which have pushed me away from the win or the podium at some races.

"I’ve also learned from this season that qualification is not a moment to overcomplicate the task."

Germany’s Andrea Herzog, a 2019 world champion, finished first in the women’s C1 qualifying despite picking up a two-second penalty for a gate touch.

Herzog clocked 1:43.43, finishing 0.86 ahead of France’s Marjorie Delassus, while Britain’s Mallory Franklin was 2.08 further back in third.

"My speed was okay, but I think I can go faster," said Herzog.

"But for a qualification run I think it was good, pretty controlled, so I’m happy with that.

"I think everyone here is ready and would like to stand on top of the podium and hear their national anthem.

"But I think I have to be good, because all the others are so good.

"You cannot make mistakes to get to the finals. It’s good, because women’s canoe is now pretty good, and we’re in the Olympics, so the boys can have a look at us I think."