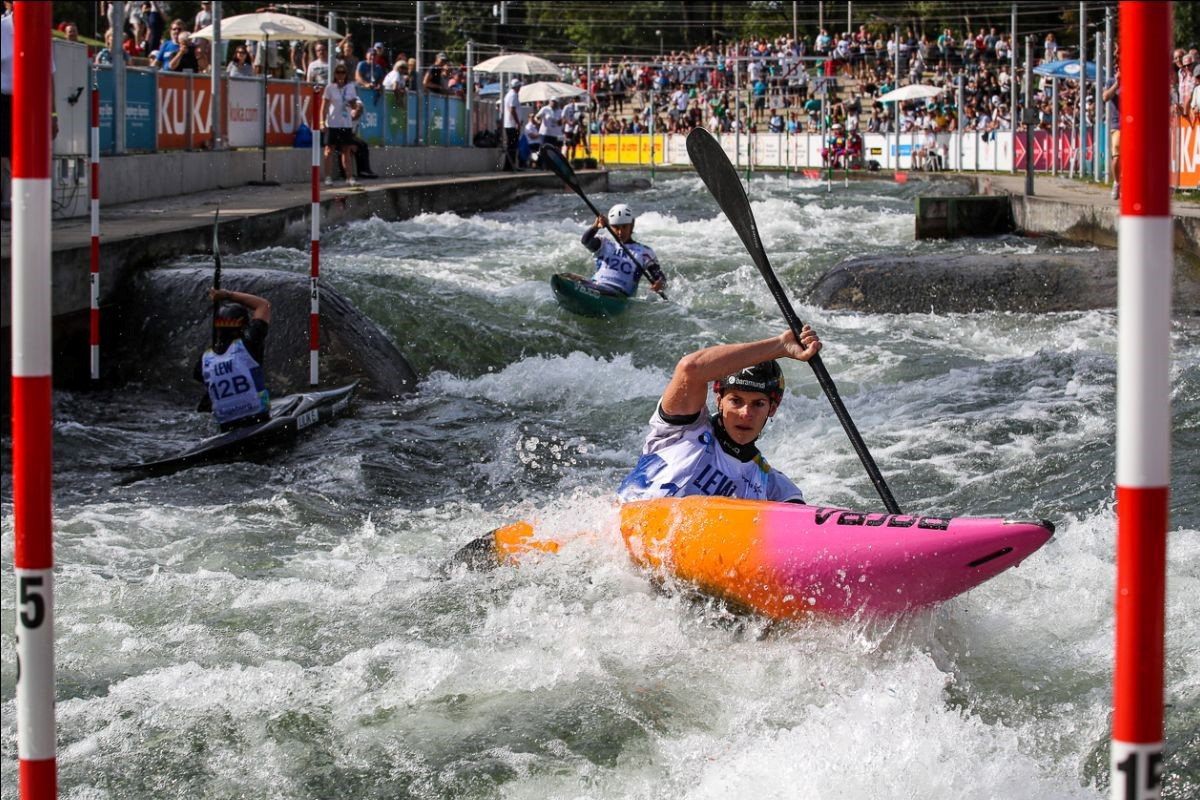 Slovenia came through in second 2.48sec off the pace, while Poland finished third in 1:49.25 despite picking up a two-second penalty.

Joe Clarke, Bradley Forbes-Cryans and Chris Bowers of Britain claimed silver in 1:33.68, and would have taken gold if not for an early two-second penalty.

✅ The preparation is over.
🔜 Tomorrow the competition begins in the Olympic events.

Gabriela Satková, her sister Martina Satková and Tereza Fišerová picked up six seconds in penalties, but were still able to claim victory in 1:55.35.

Hosts Germany took second in 1:56.85, with Britain one second further back in third.

The other gold medal went to Slovenia in the men's team canoe, who won the event at the World Championships for the first time in 29 years.

Competition at the Canoe Slalom World Championships continues tomorrow with heats in the men's and women's kayak.