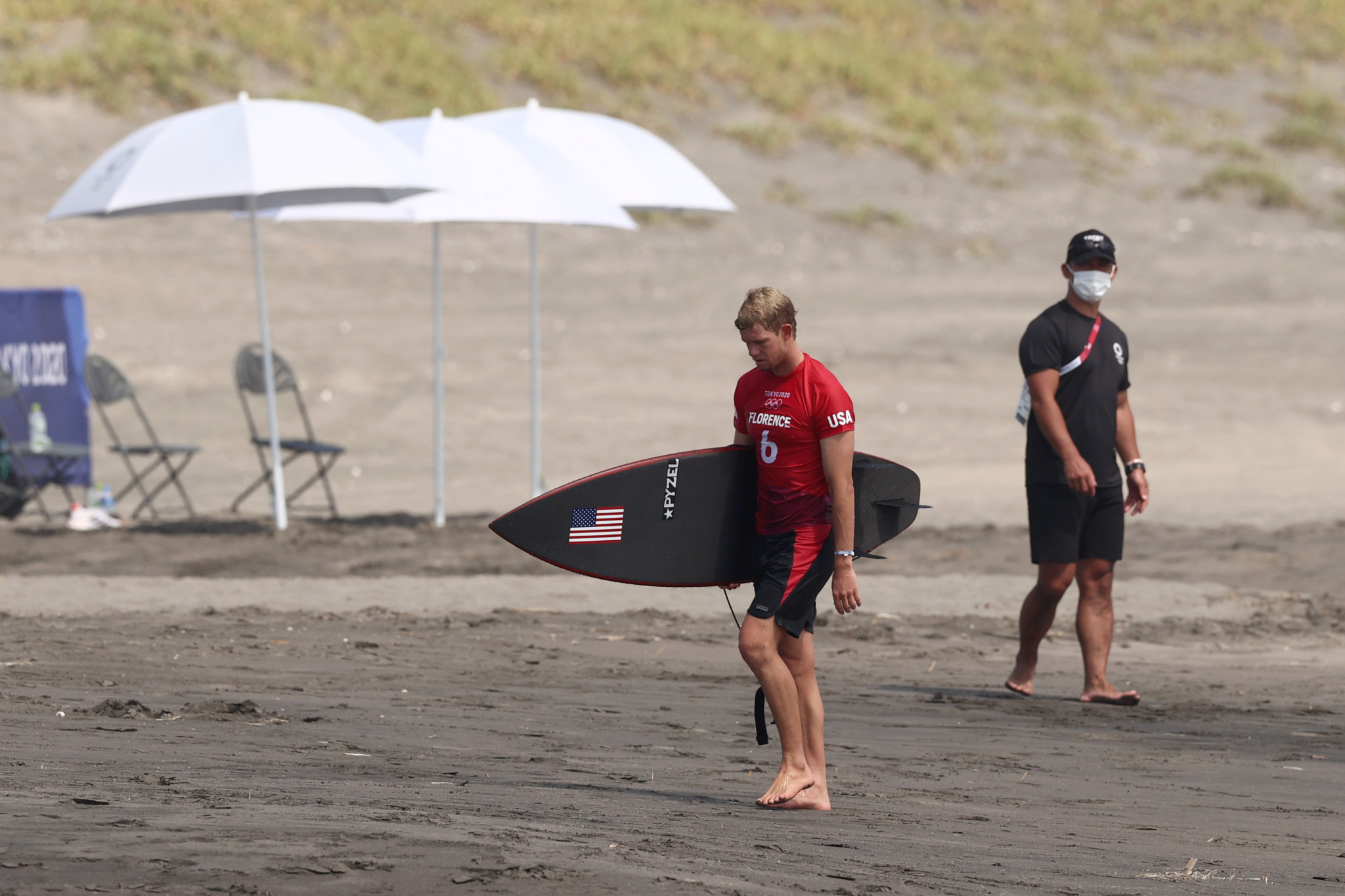 In the opening heat of the men's competition, Florence was eliminated by a slim margin by Jadson Andre of Brazil.

Florence scored 9.37, but Andre was able to snatch it with a combined score of 9.53.

As a result, the Hawaiian will lost touch with Filipe Toledo of Brazil.

World number one Toledo looks to increase his lead after a late effort against home favourite Rio Waida put him into the quarter-finals with a total of 11.23 to the Indonesian's 8.57.

Ferreira, who was third behind compatriots Gabriel Medina and Toledo in the 2021 World Surf League standings, was also knocked out earlier than expected, conceding defeat to Australian Connor O'Leary, the score finishing 9.93 to 7.90.

Medina's title defence looks to be unsuccessful, having missed the first five of 10 events on the WSL Championship Tour due to injury, but has looked sharp on his comeback with the best score of the round.

Australian Jack Robinson, the winner last time out at the Margaret River Pro and third in the season standings, progressed too, easing past Jake Marshall with a score of 11.17.

The American could only muster 2.23.

Robinson's compatriot and fourth overall in 2022, Ethan Ewing, was eliminated by a margin of 14.50 to 8.87 by South Africa's Matthew McGillivray.

Sitting in the top 10 this season, the US' Griffin Colapinto and Kanoa Igarashi of Japan qualified for the quarter-finals too.

Colapinto snuck through in the highest-scoring heat of the day, scoring 14.17 to Brazilian Miguel Popo's 13.67.