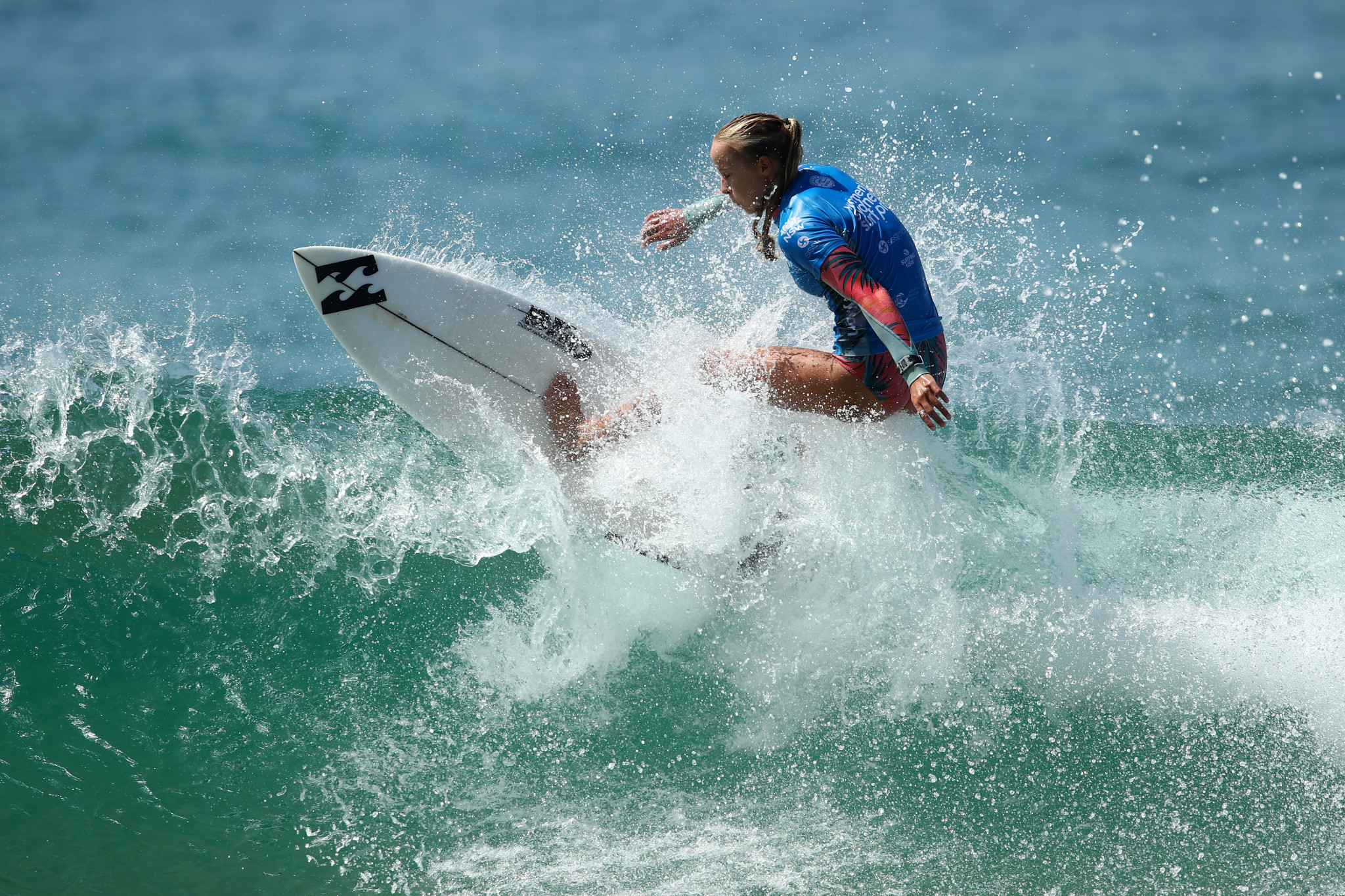 Nichols went into the fifth event of the season in joint-12th place in the women's rankings, and needed to win to finish in the top 10 and survive the mid-season cut.

Her triumph at her home competition helped her climb eight places and into fourth for the season.

She scored 12.94 points in the final, beating the 10.00 from Hawaii's Gabriela Bryan, who herself climbed five places to joint-sixth.

Nichols had earlier eased past compatriot Bronte Macaulay by 15.93 to 11.34 in the semi-finals, while Bryan edged past the United States' Courtney Conlogue by 15.73 to 15.43.

Sally Fitzgibbons of Australia was among the high-profile casualties of the mid-season cut which has proved controversial among athletes on the Tour.

On the men's side, Robinson moved up to third for the season with an impressive day of surfing.

We are officially at the halfway point of the 2022 Championship Tour season. Let's take a look at who will be surfing the rest of the way.
Next Stop: Quiksilver and Roxy Pro G-Land pic.twitter.com/JxDnoaeqNY

Fellow Australian Ethan Ewing was beaten by 16.27 to 14.53 in the semi-finals, before Robinson scored 16.24 to win the final against Hawaii's John John Florence, a two-time overall winner of the WSL Championship Tour.

Florence climbed to second for the season with his run to the final.

He received a round of 16 walkover against the US's Kolohe Andino, who withdrew due to injury, before scoring 17.50 to American opponent Griffin Colapinto's 17.16 in the quarter-finals and easing past South Africa's Matthew McGillivray by 18.90 to 11.94 in the semi-finals.

McGillivray's run to the last four meant that Australian Olympic bronze medallist Owen Wright failed to make the top 22 and was cut, having lost in the round of 32 at Margaret River.

There is also one wildcard entry to the second half of both the men's and women's seasons.

Brazil's Gabriel Medina has been handed the men's wildcard, and the women's wildcard is due to be decided on May 9.

The WSL Championship Tour is due to continue at G-Land in the Indonesian town of Banyuwangi, an event scheduled for May 28 to June 6.